11. Be afraid (….be very, very afraid that something really bad is going to happen to you  because its obvious that you’re pecs are totally “out-popped”)….…you spineless (cowardly; gutless; pusillanimous) embodiments of Mormon manhood. You’re living-at-ease (enjoying a comfortable life, without problems or worries) while  directing Israel’s people to swallow (believe without much thought; buy; fall-for) the ridiculous assumption   (notion, that is accepted, without […]

11. Be afraid (….be very, very afraid that something really bad is going to happen to you  because its obvious that you’re pecs are totally “out-popped”)….…you

spineless (cowardly; gutless; pusillanimous) embodiments of Mormon manhood. You’re living-at-ease (enjoying a comfortable life, without problems or worries) while  directing Israel’s people to swallow (believe without much thought; buy; fall-for) the ridiculous assumption   (notion, that is accepted, without proof) that you (Melchizedek Priesthood Authorities) have some kind of legal-right (privilege) to exercise God’s authority (jurisdiction; dominion)….The entire notion is Rubbish!

12. You (Mormon prophets and apostles) show-off,  to all your fellow dominant males ,  what

“Big-Fine-Fellows”  you are by hooting and beating upon your breasts over (through all parts of) Salt Lake’s “precious” (profitable; money-making; financially-rewarding; lucrative; bankable) Corporate-Empire *, that abounds  (is plentiful; is replete) with fruitful  (breeding; tithe-paying) Israelite vines (lineages; bloodlines; families). functions) today merely as a  “Trademark” (logo; symbol)  that Salt Lake’s corporate offices use to identify their religion (Cult; “Product”).   This means that Legally (in terms of the law; from a legal viewpoint) no other business (corporation) has the right by law to use this precise sequence (combination) of words. Salt Lake City’s corporate-offices own it…….

The church that,  at one time,  was titled (called; known by ) “The Church of Jesus Christ of Latter-day Saints”  and claimed that Jesus Christ is its head (chief; commander; director; president; captain; commanding officer), does NOT  exist today in any legally recognized form. Though the rank and file membership is unaware,  the new (legal)  name of  the Utah-based Church was changed by Presiden Heber J, Grant in 1923 to:

“The Corporation of the President of

A corporation is an entity (creature; creation; object; thing; body) that you cannot touch. It is neither inherently good nor inherently evil, but it has a life of its own. It’s kinda like a “robot”.     If the batteries are good, that robot can live on after you and your friends are dead and gone. Sometimes that

can be a problem.

That’s why a corporation is often defined as a “Legal-Fiction”. That is, a  “corporate-person” is legal, but not real. It’s a fictional person. It isn’t flesh and blood. It has no soul!

A corporation is a creation of the state.    It receives certain special privileges and franchises and holds them subject to the laws of the state and the limitation of its state-charter. Its powers are limited by law. It can make no contract not authorized by its charter. Its rights to act as a corporation is only preserved to it so long as it obeys the laws of its creator (in this case, the State of Utah)  There is a reserved right in the legislature to investigate its contracts and ascertain if it has exceeded its powers”.

“Corporate existence,” according to Roberson’s Business Law, “is a privilege granted by the sovereign upon compliance with specified conditions.”So that’s a problem for any church that gets a hankering to incorporate because, in a church,  and particularly…..the Mormon Church…….Jesus Christ is supposed (assumed; presumed; alleged)  to be the church’s sovereign (supreme ruler; monarch).  When the application was made to incorporate the Mormon Church, the will of Jesus Christ (the church’s God, as stated in its title) became subordinate (subject to; under the authority of )  the will of the State of Utah. “For a Church to become a corporation,” goes the maxim, “in effect…..that church divorces itself from Jesus Christ.”

All of this incorporating of churches is unnecessary in America anyway, because churches automatically operate in a sphere separate from the state. Governments have no jurisdiction in churches whatsoever. There is no tax advantage for a church to incorporate, as some mistakenly believe.

But…….. there “is” an advantage………. if…… that “Church” actually intends to operate as a BUSINESS! Then it trades its sovereignty (autonomy; self-determination; independence) in exchange for special privileges granted by, in this case, Utah, State-Government, which is what the Heber J. Grant, President of what used to called “The Church of Jesus Christ of Latter-Day-Saints”, did in 1923.  (see below)  – Thank-you,  Alan Rock Waterman (“Pure Mormonism”). Alan’s blog is extraordinarily informative about this very subject………check it out!

CORPORATION OF THE PRESIDENT OF THE CHURCH

OF JESUS CHRIST OF LATTER-DAY SAINTS

* Kudzu vine- Kudzu is a semi-woody, trailing or climbing, perennial invasive vine native to China, Japan, and the Indian subcontinent. Kudzu is also known as the “Foot-A-Night Vine”, Japanese arrowroot, Ko-hemp, and “The-Vine-That-Ate-The-South”.   Kudzu is a legume, i.e. member of the bean family.

14. Indeed (if truth be told),  Mormon headquarters in Salt Lake City, Utah currently has a “death-grip” (stranglehold)  on this (our)  generation of Israel’s people.

And that’s not the worst of it!   Salt Lake’s regime will ultimately (eventually; “in-the-end”) forsake (send-away; disperse; cast-out; let-go; cast-down) Israel’s family  (blood-line; lineage dynasty), because Israel’s people are regarded by Salt Lake as nothing but “Pack-Mules”  (work-horses) who are broken

(tamed; trained; reduced to submission), in order to carry Salt Lake’s heavy loads and remain obedient when Salt Lake leaves them destitute (impoverished)……They are totally neglected (ignored; untended), but because of (as a result of) their travail (trial and tribulation; ordeal; privation; hardship), they are proven (tried; tested) by Jehovah … and they wind-up (end-up) becoming (being transformed into)  an extraordinary  (remarkable; exceptional; phenomenal; unique; rare) breed of people…..even “Eternal-Witnesses”……..because of their intellect  (keen-insight; acumen; vision; discernment), as they bear Salt Lake’s cumbersome (unwieldy; clumsy; heavy) burdens along,  with predictable efficiency and swiftness.   They are like “Good-Friends”….who will ultimately (in the long run; “when push comes to shove”; when all is said and done; finally)  arrange (organize;  make plans for)  Israel’s people to become an army arrayed (assembled in a particular formation) for battle, in the immediate future. priesthood leadership, in particular,  is lifted-up (exemplified; exalted; promoted)  over (over and above; instead of; higher than; greater-than; superior to) this generation of Israel’s people.

eclipses;  obscures) “justice” (just behavior or treatment)  and “righteousness” (the chief-attribute of God) with their Carmel (vineyard; garden) which is overgrown (wild; jungly; choked; supplanted; overrun) with Melchizedek Priesthood authorities who reign as pompous kings upon Israel’s throne.

17. But the fruits (the sweet, seed-bearing product) of righteousness are “Peace” (wholeness;

soundness; welfare; friendship; tranquility; security) but the fruits of Salt Lake’s ambassadors of authority are (1)  whatever it takes to keep people quiet  (a “Binkie” for everyone!”)

(2) wholesale trust (belief; acceptance)  reliance)  confidence) that Israel’s people (rank and file Mormon’s) have to wait for eternity (life-after-death; “the-hereafter”) to realize the fulfillment of promises made to them.

18.  But, the fact of the matter is,  that  My (Jehovah’s) people (Israelites) dwell in peaceful pastures and they are absolutely secure (fixed; unshakable) 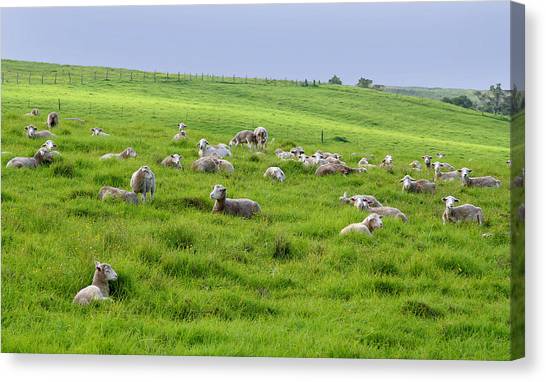 tabernacles (sanctuaries; shelters; temples) of authority because they fear nothing for themselves (have confidence in their souls) and they dwell in the tranquil (calm; peaceful) assurance (pledge; bond; guarantee) concerning their authority.

19. Even though hail-stones flatten (raze to the ground) Melchizedek Priesthood Leaders who are pointing (directing everyone’s attention) to Salt Lake’s thicket (dense growth,  dominated by one species) of family-tree  (pedigree; recorded-ancestry, upper-class ancestry) and begetting (producing; spawning;  promoting; giving rise to; engendering) feelings of severe despondency and dejection among Israel’s people, Melchizedek Priesthood authorities don’t seem the least bit concerned about the fact that they are carelessly (casually; recklessly)  invoking a curse upon (imprecating damning; condemning; denouncing the people of their  “beloved” Salt Lake City. 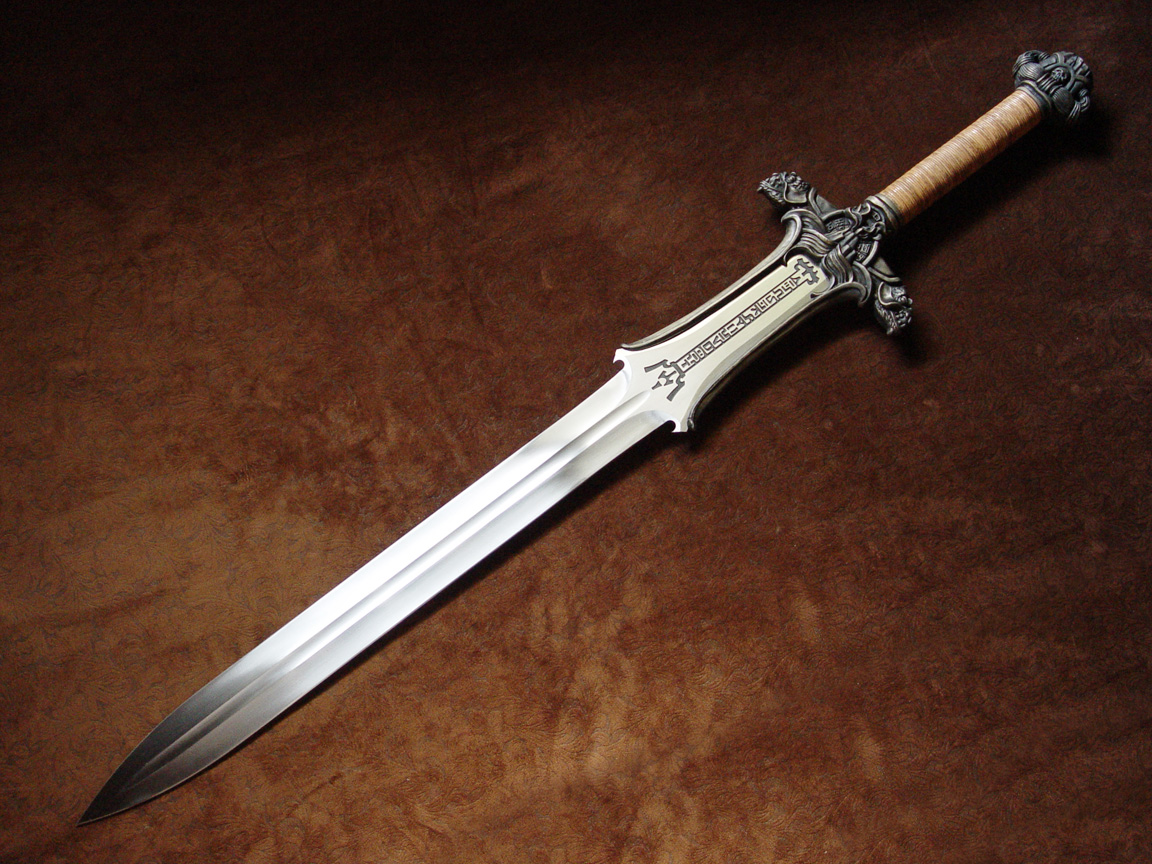 disseminated; spread; grown planted; raised) by all of you (Israelite people; rank and file Mormons) originates from the ongoing (current; contemporary) flow (steady, continuous stream)  of “Living-Water” (“God’s Spirit”) starting with My (Jehovah’s; this) double-edged (acting in two ways; producing two opposite effects) Sword-of-Truth” (missive; missile; Communique, especially,  a long and official one; “Criminal-Indictment”; weapon with a long, sharp cutting-edge used for thrusting, penetrating, and incising like a surgical instrument) as a means to calumniate (discredit; disgrace) Salt Lake’s Oxen (leaders, teachers, General Authorities) and the Canaanites (High-priests they have subjugated; High-priests they have subdued;  High-priests they have bent to their will; High-priests they have brought into subjection).