people, by conditioning (accustoming; habituating) them to commit their entire lives (days; time) and most of their resources (money) to implement a “never-ending” stream of “time-wasting” (frivolous; fruitless; petty; trivial; misleading) programs and activities. 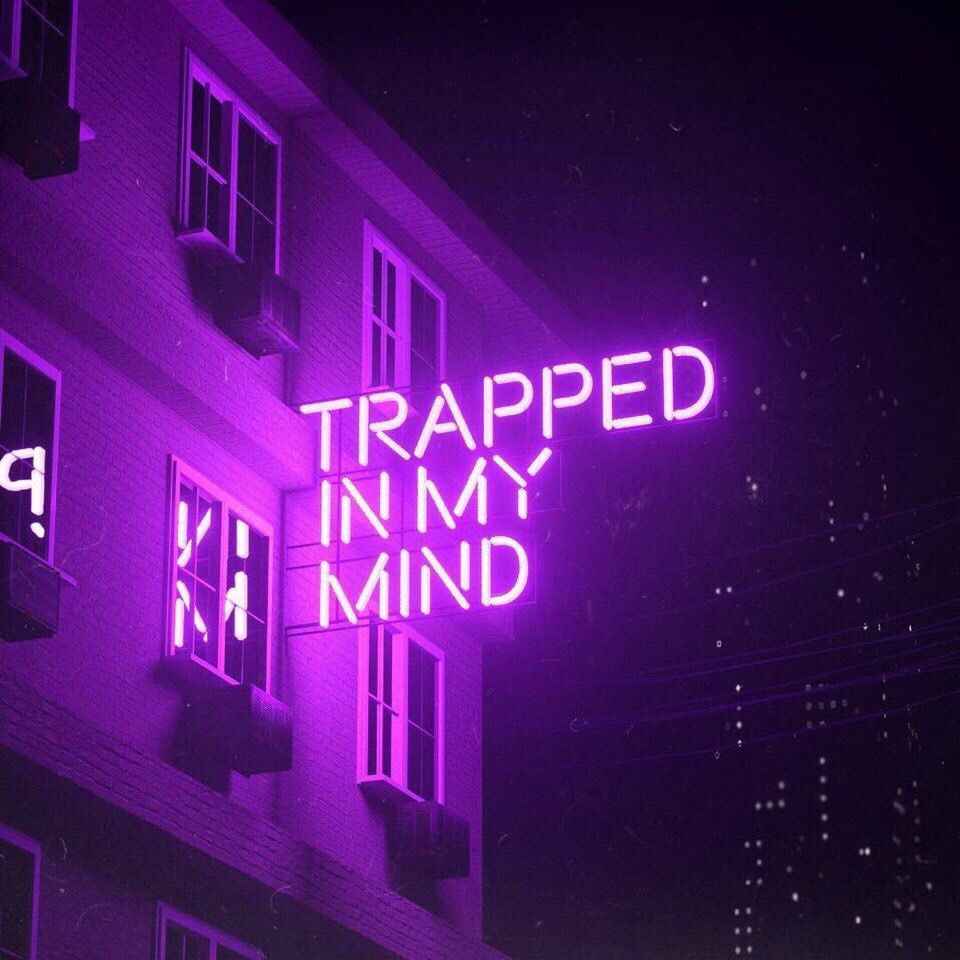 You (Israel’s people; rank and file Mormons) must be the ones (heroes) to stand-up (speak-up; testify) in defense (protection; justification) of the “fatherless” (“those who have no voice in the Mormonism’s Melchizedek Priesthood community). You must plead (defend) the cause (“basis for legal action”) of widows (‘those who’ve been forsaken).

Let’s be clear (unambiguous; plain; straight-forward) with each other.”  ,saith the Lord.  Your (Israelite; rank and file Mormon’s) sins (mistakes; transgressions; moral-failures) may have somewhat muddied (soiled; stained)  your reputation (commonly held opinion of your character) and your (Israelite) mistakes  (transgressions; moral-failures) may be described (chronicled; reported; recounted) routinely by Salt Lake presiding authorities, as “scarlet” (heinous; hideous; contemptible), so that by comparison, the reputations (characters; names ) of Salt Lake’s prophets and apostles will look (appear; seem) to be stellar (exceptionally good; outstanding)  and white (snowy; pure) as a lamb’s fleece, but ………..

19. …if you (Israel’s people;  Rank and file Mormons) are receptive (sympathetic; open-

20.  But if you deny  (refute; disavow)  these things or you are defiant (insubordinate; rebellious)

concerning them,  desolation    (ruination; “bleakness”) will devour (consume; overcome) you.  Indeed (if truth be told), the Lord has spoken (carefully selected and edited) these words.

21. How is it that Salt Lake City (the latter-day “Command-Center of Mormonism”), which,  at-one-time (formerly) was thought to be the faithful bride (covenantal-partner) of Jehovah, now (these days) acts like a “hooker”(woman who sells what is sacred for money; prostitute; whore).

During the late 1830’s (nineteenth century) ……. Salt Lake City was the home of justice. “Righteousness” (uprightness; “devotion to a sinless life”) was securely lodged ( embedded) in the Salt Lake Valley, but now (today; currently), “covetousness” (greed; intense and selfish desire for Israel’s property) is entrenched (“dug-in”; firmly established) there.

* Bride-Price– also known as “Bride-Wealth”, is an amount of money, property or other forms of wealth “paid” to the family of a woman for the right to marry their daughter. In anthropological literature, bride price has often been explained in market terms, as payment made in “exchange” for the bride’s family’s loss of her labor and fertility within her kinship group. It may also be understood as a gift from the groom to his new bride’s family. In this sense, it is a substantial gesture of goodwill in forging a new unity-of-lineages. Unfortunately, the voluntary nature of gift-giving in the case of bride price has often been lost as the practice became a requirement for marriage, a requirement that has often proved burdensome. 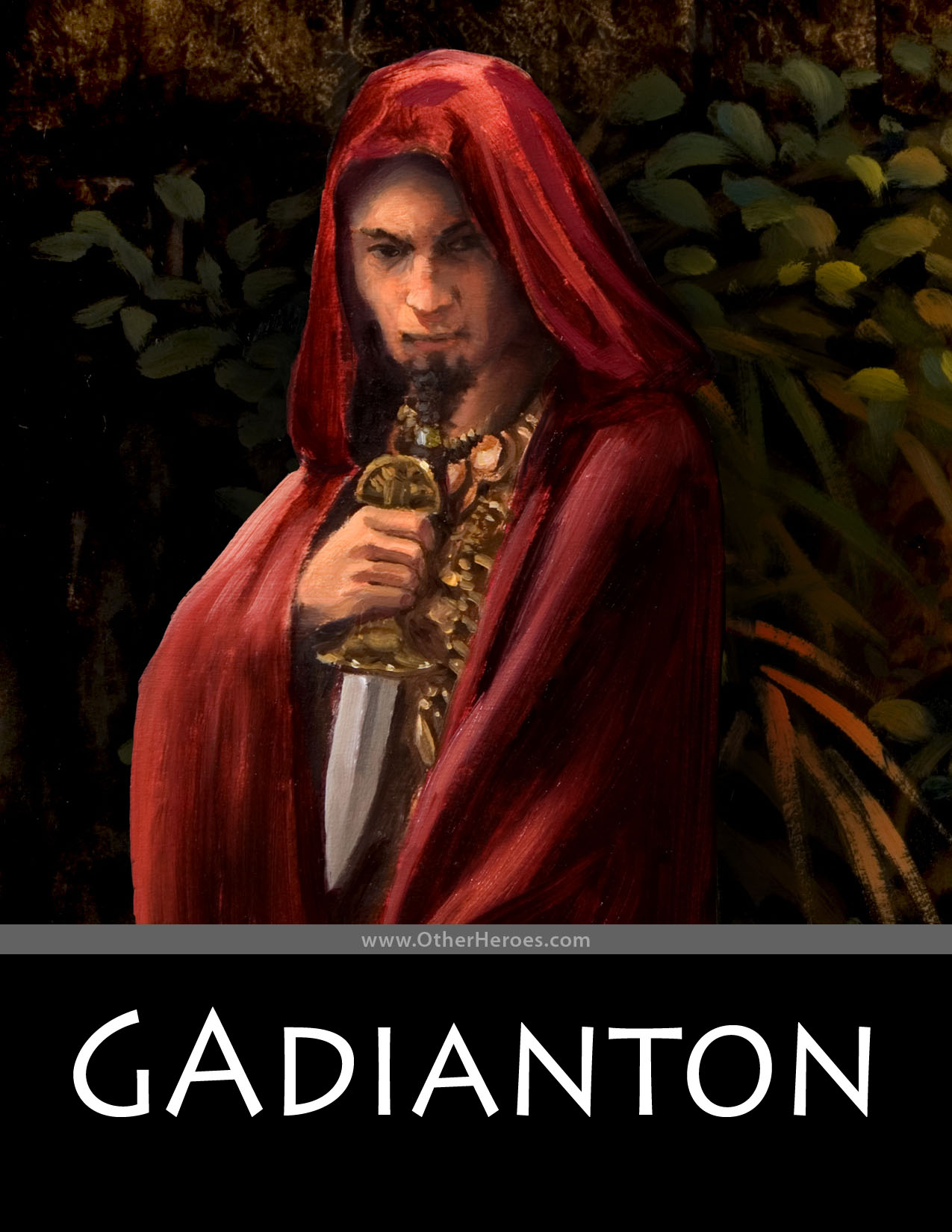 violated  (abandoned) Jehovah’s Law (“Torah”) and these days, they are routinely practicing (carrying- out; performing ) “Works of Darkness” (Sorcery; Black-Magic) while they walk “hand-in-hand”  (in partnership)  with “thieves (“Gadianton-Robbers”; bandits; swindlers).

Every one of Salt Lake’s Presiding Priesthood Authorities have long been accustomed (habituated; conditioned-to) to  receiving (accepting) and offering (presenting; proffering)  “Bribes” (kickbacks; payola) for “special” treatment and all of them  pursue (seek; expect) rewards (“distinctions”; “honors”) for what little  providence (foresight)  they falsely claim to possess.

So, you ‘ll never see (witness; observe) any of them defend “Orphans” (men who have no voice in Mormonism’s-leadership-Community),  and….. “it-should-come-as-no-surprise that “ (as one might expect), the “Case” (criminal or civil proceeding; legal-action; lawsuit) of “widows” (“those who are abandoned”), never warrants  (necessitates; “is-worthy-of”; justifies) a “hearing” (judicial-session) “before-their-bench” (“in-their-Bishop’s court”; before their “Administrations of-the-Law”),  in spite of the fact that every Bishop (Mormon congregational leader)is quick to claim  vociferously (in a loud and forceful manner) that he is “hand-picked”  (“singled out as more to His liking”) , by Jehovah, to serve as a “Judge-in-Israel”.

* Criminal-Organization a.k.a.”Organized-crime” is a category of transnational, national, or local groupings of highly centralized enterprises run by criminals who intend to engage in illegal activity, most commonly for money and profit. Some criminal organizations, such as terrorist groups, are politically motivated. Sometimes criminal organizations force people to do business with them, e.g. when a gang extorts money from shopkeepers for so-called “protection”. Street-Gangs may become disciplined enough to be considered organized.

Today, a criminal organization can also be referred to as  “A-mob”, or “A-Crime-Syndicate”. What all of these entities share in common is a network, (system of interconnected parts or members; web; complex; nexus). Such a subculture or community of criminals may be referred to as the “Underworld”.

24. Therefore (accordingly; consequently; ergo; hence), thus saith the Lord of Hosts (“Commanded of Heaven’s Army)…who is ..“The Mighty One” ( The strong-One; “The-Supernatural One; Prince-of-Israel”).

(b) Jehovah’s “supernatural Strength-and-Power-as-Israel’s-God” will avenge (inflict-punishment upon His enemy) on Israel’s behalf.…..

(c) then my   “supernatural Strength-and-Power-as-Israel’s God”,  will demonstrate as My (Jehovah’s)  my hand (“Holy Spirit”; power; force; influence; clout) falls upon you (Israel’s people; rank and file Mormons), so……..

“My “supernatural Strength and Power as Israel’s God” (“Holy-Spirit”) will cause (move; lead; inspire) you (everyone) to become refractory (obstinate; rebellious; contrary; stubborn and uncomfortable) with regard to your  membership (participation) in The Church of Jesus Christ of Latter-Day-Saints  until you are ready, willing, and able to separate (divorce; estrange; disconnect; disassociate; sever; unyoke; detach; disengage; disentangle) yourselves from the Mormon Church, i.e. resign (renounce; abandon; forsake)  your membership (enrollment; participation) in general, and disavow your Melchizedek priesthood, in particular.

26.  Then, My “supernatural Strength and Power as Israel’s God” (“Holy Spirit”) can return (bring back; restore) “The-Kingdom-of-God” (“Jehovah’s-Kingdom”) to the splendor (magnificent splendor) of its “ 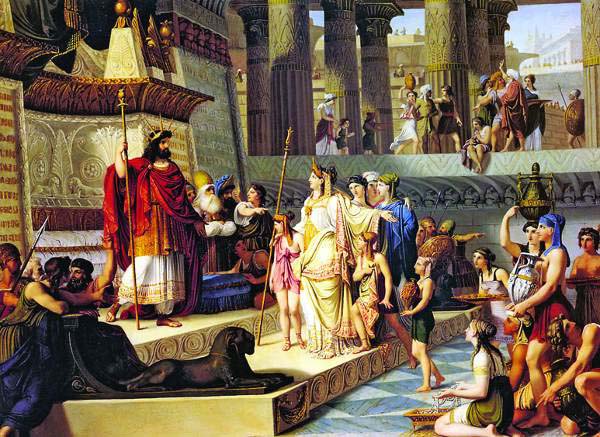 Golden-Age” (idyllic time of peace, prosperity, and happiness) under the monarchy of King David.

The Kingdom of God will be made complete (whole and perfect)  because of the same good character (integrity; nature; quality) of ministers (priests and Levites) who followed  (acted in accordance with; patterned themselves after) Me (Jehovah),  as they (Israel’s priests and Levites) once did.

Most of us know that too much salt in our diets is bad for people with high blood pressure. But most people don’t realize that salt actually can be poisonous. Taking in a lot of sodium can overwhelm our back-up systems and cause dramatic increases in sodium levels. That’s true if we take it all at once, or if we take in large amounts over a period of days or weeks.

This can mean eating ordinary table salt, rock salt, or high-sodium foods like soy sauce. In this case, a young man drank a lot of soy sauce on a dare. Long ago, salt was used to make people throw up after poisoning; this dangerous “treatment” has been fatal. In other cases, people with mental health problems have drunk soy sauce or eaten salt – or given salt to their children. A developmentally delayed man ate a lot of salt intended for a mouthwash. Infants were poisoned when salt was mistaken for sugar in formula. A woman with dementia ate salt from a salt shaker at her bedside. A child with cravings for non-food items (pica) ate rock salt. A shipwrecked man drank ocean water and suffered from salt poisoning.

27. Because of Israel’s  in-born (inherent) sense of justice (fair-mindedness),  Zion’s people  will be

have totally failed (“flunked”) their advanced degree program “HUMAN-RACE 101”…..as did their ancient ancestors (“the Nephilim”) and their Pioneer forefathers ( (progenitors), who preceded them.

“Each and every-Mormon General-Authority” has sold (surrendered; traded) his soul as a means to reach the highest positions of Mormonism’s ruling Hierarchy, by “making-a-deal”  (“striking a Faustian-Bargain) * with the “Devil”, while Israel’s life and legacy are held in a death-grip (extremely tight grip, such as that exerted by a person in a panic for fear for their life) by Salt Lake’s  “Masters-of-Sorcery” (magicians; warlocks; wizards).

* Faustian Bargain-a pact whereby a person trades something of supreme moral or spiritual importance, such as personal values or the soul, for 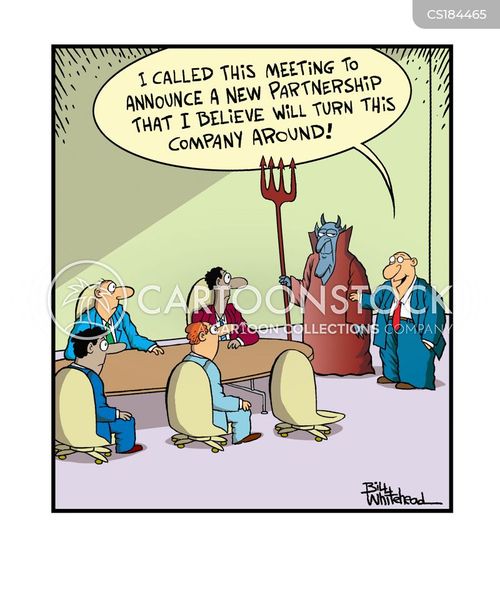 some worldly or material benefit, such as knowledge, power, or riches. The term refers to the legend of Faust (or Faustus, or Doctor Faustus), a character in German folklore and literature, who agrees to surrender his soul to an evil spirit (Satan or his representative,  “Mephistopheles”) after a certain period of time in exchange for otherwise unattainable knowledge and magical powers that give him access to all the world’s pleasures. A Faustian bargain is made with a power that the bargainer recognizes as evil or amoral. Faustian bargains are by their nature,  tragic or self-defeating for the person who makes them because what is surrendered is ultimately far more valuable than what is obtained, whether or not the bargainer appreciates that fact.

If truth be told, Salt Lake’s “Faustian Bargain” with the Devil turns out to be a paltry (petty; worthless) “Consolation-Prize” (“Booby-Prize”), because “in-The-End”(“when all is said and done”; “at the end of the day”) Salt Lake will be broken (undone; ruined; defunct; doomed) .

.29. Indeed (it’s a sad fact that), all of Salt Lake’s sons (faithful-followers) will be disgraced (fallen from God’s favor; have lost their position of honor, before God) because of the Mighty-Ones (supernatural men; Nephilim) ruling over men in the last days.

Salt Lake’s General Authorities are teaching Israel’s people (rank and file Mormons) to gloat (contemplate or dwell on their own success or another’s misfortune with smugness or malignant pleasure) then,  “Dig-a-Pit” (trap 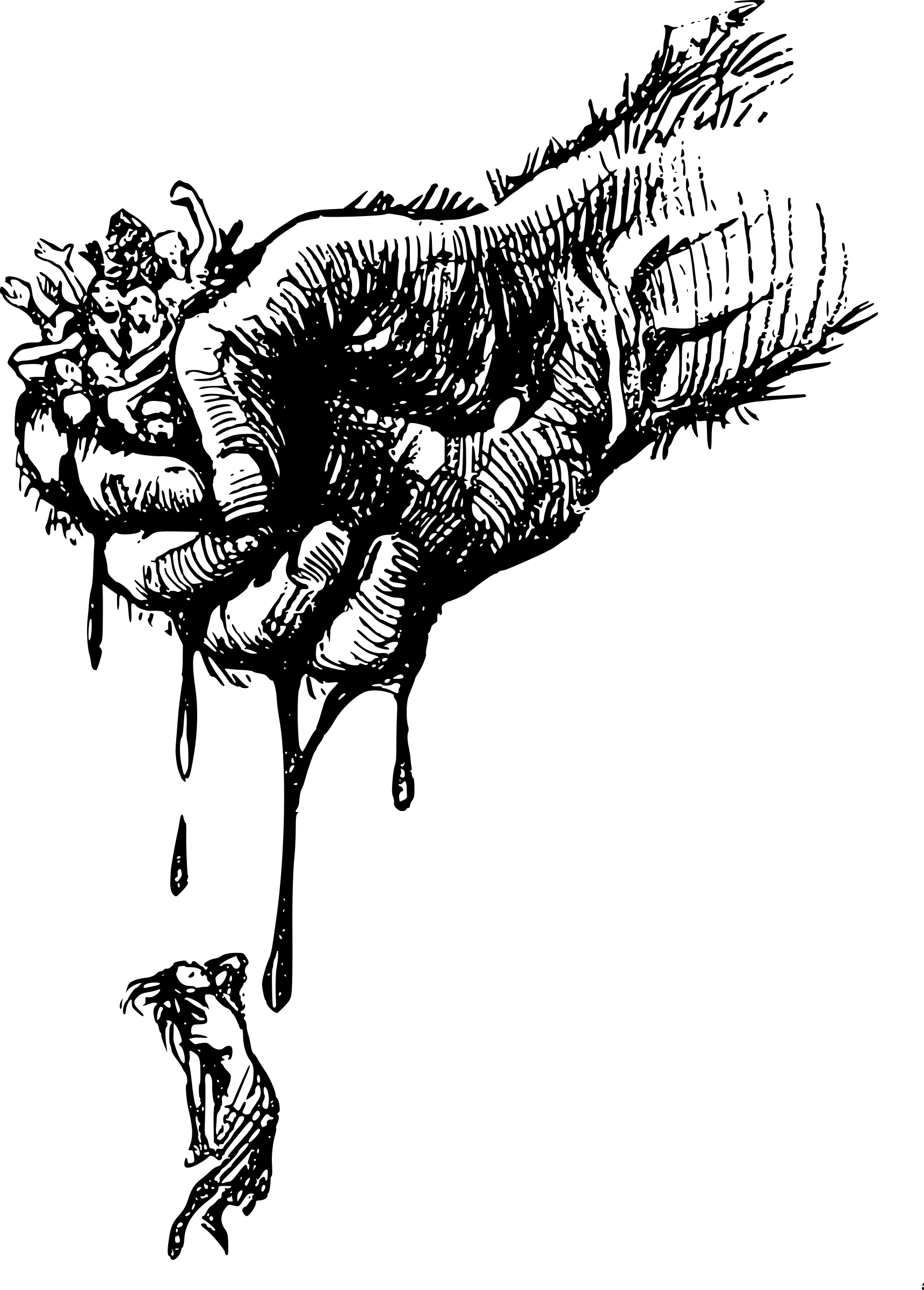 ) for others (Israel’s people; rank and file Mormons) against whom they are competing (striving) for popular favor (public-approval; public-support; everyone’s liking).

Mormon General Authorities envision (imagine; anticipate) “heaven” (Paradise; state of great delight, happiness) for themselves and their kindred (relatives descendants; offspring), while they maintain a death-grip (an extremely tight grip caused by fear) upon the“ill-gotten” (illegally obtained) gains (Israelite-birthrights) that have been misappropriated (stolen, to benefit themselves) from Israel’s people .

30. Salt Lake’s family-tree (dynasty; line of hereditary rulers; extended-family of General Authorities) is like a potted-plant,

whose leaves (current-generation)  are withering (growing fewer and fewer; dwindling; shrinking), dried-up (thirsty; shriveled;) and wilted (limp).   Their plantation (kingdom) is a “Garden of “……. “death” (demise; destruction; casualties)   because My (Jehovah’s) “Living Water” (“Holy-Spirit”) has never reigned (“rained”; been in power;  prevailed) there.

bloated) men of resources and means,  so they can turn-out (mass-produce; process; manufacture) priesthood authority (dominion; jurisdiction), which is conceived and brought-forth,  solely, to benefit their own dynasty (line of herereditary rulers).

They cobble (roughly assemble; throw-together) their presiding-priesthood Authorities in such a way as to make  every High-Priest seem to glitter (twinkle; sparkle; shine).