A prophecy against Moab

In Hebrew, Moab means: “illegitimate heir as a result of incest”.

In a figurative sense, the label “Moabite” says (screams) “illegitimacy”.  In the context of Isaiah’s

indictment, Moab refers to the illegitimacy of  Melchizedek priesthood leadership in Salt Lake City. The “Incest-Taboo” is one of the most widespread cultural prohibitions. In our day as well as in bygone eras, incest is a crime that is universally outlawed because it severely undermines the fundamental order and harmony of the “Marriage-Union” by creating a competing (rival) alliance, (relationship; affinity; sexual-liaison)  between a child and one of its parents.  The marital-bond between husband and wife  is regarded as sacred (holy; blessed; hallowed) because it’s patterned after the covenantal-bond between Jehovah and His bride (people; flock; church)  There is no room in a marriage-union for competition and certainly no place for a rival bond (alliance, relationship; treaty, pact, agreement or arrangement) to  take precedence.  What Salt Lake’s presiding officers have done is this…………..

(a)  They’ve abandoned (quit; renounced) their covenantal-obligation (covenantal-bond)  with Jehovah in favor of a special 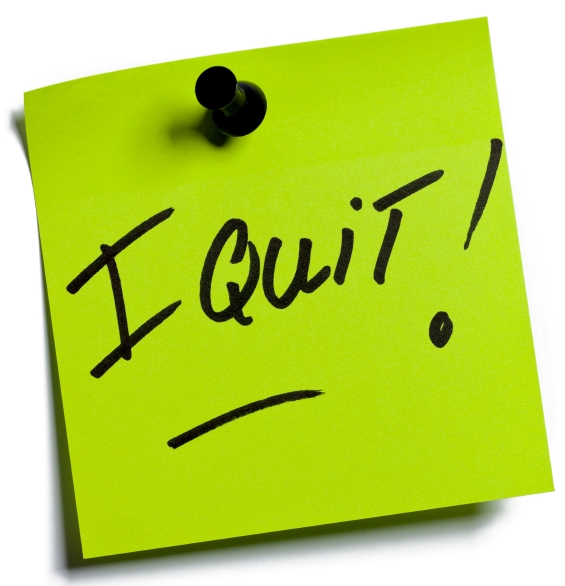 “Deal” (covenant; arrangement; agreement; pact; bargain; contract)  with Lucifer, which is  “sweeeeet” (satisfaction expressed is directly proportionate to the duration of the “e” sound, e.g. “Mashed potatoes for dinner…. Sweet!” or “I just won a million dollars? Sweeeeeeet!”)

(b) They’ve bound (committed; pledged; promised) themselves to the Melchizedek Priesthood

Organization (presided over by Lucifer)  in an “Unholy-Alliance”.

The presiding officers of The Church of Jesus Christ of Latter-Day-Saints, in Salt Lake City, have been striving 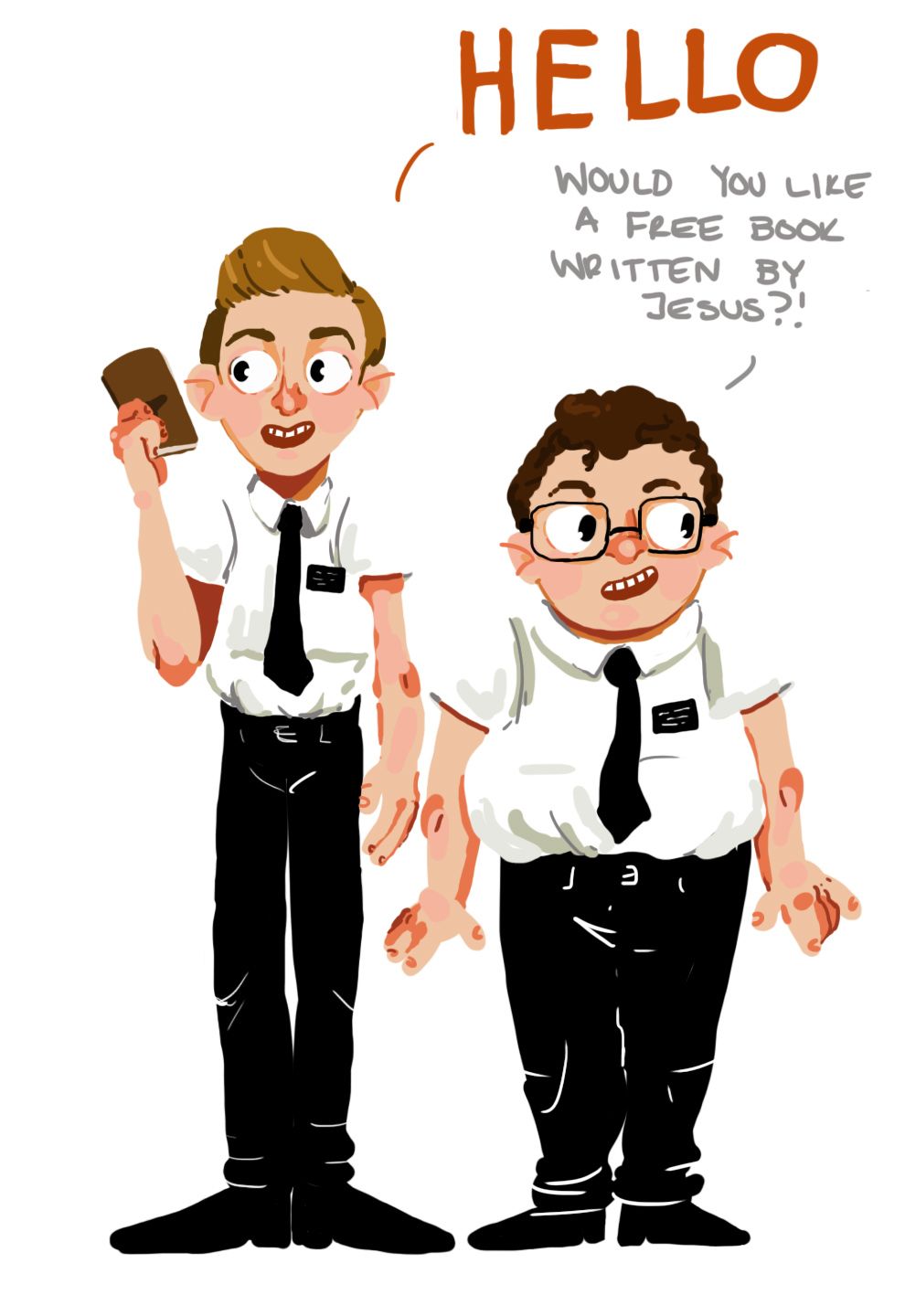 Indeed, every labor in which Mormons are engaged, they are  required to be yoked (paired-up; teamed-up) together as a  “two-man-team”, like oxen. Salt Lake indoctrinates Israel’s people (rank and file Mormons) with the notion that obedience to Salt Lake Headquarters constitutes “Service-to-God”.  Now…..in case Mormons hesitate at this notion,  Salt Lake reinforces (strengthens cements; fortifies) the first “lie”with a “follow-up-fib” (another canard)  “Service to God is the highest form of worship”.

This pattern of conflating (combining two or more ideas into one) is repeated over and over by church leadership.   “Moabites” (illegitimate-rulers) constitute an exclusive group of Salt Lake’s top-priesthood leadership. So, if truth be told, rank and file Mormons (Israel’s people) are actually serving (accommodating; sustaining; supporting) the  Ba’als (lords; masters; owners) who are heading-up (presiding over)  Mormonism’s  Melchizedek Priesthood Organization.

FYI – Salt Lake’s rule over Israel’s-people is illegitimate (not legal; illicit) because Salt Lake’s authority has been acquired by means of “fraud” (criminal deception).

The birthright to  legal (lawful) “Rule”,  has always belonged to Israel’s-people (rank and file Mormons) because of their identity as Jehovah’s “firstborn-heirs”  If you’re sceptical …..Check it out in (Exodus 4:22)

“For we do not wrestle against flesh and blood, but against principalities (Princes of Darkness),  against powers, against the rulers of the darkness (wickedness) of this Day and age, against spiritual armies of wickedness that are bound and determined to occupy seats of power heavenly places. We are fighting against (being challenged by; being played by; being undermined by)  wicked-men in high-places, who wield (control) the  “Powers of-Darkness”. In the latter-days (today; now), men like these,  in conjunction with evil spirits intent on overthrowing the realms of heaven,  are strategically positioning themselves around the world,  so they can cooperate in the destruction of Israel’s People, as well as the world. (Ephesians 6:12)

acting as priests unto “The Most High” (Jehovah) , because they’ve used their leadership to turn-off  (cut-off; shut-off) the light (truth; revelation; revealed-intelligence; “Spirit-of-God”) to Israel’s people.

Their Moabite (illegitimate) leadership is wasted (spiritually dead; destroyed). But that’s not the worst of it ……… because…..these wicked men  are burdened (encumbered; loaded; saddled) with a deadly curse (covenantal-curse associated with broken covenant-with-Jehovah). They’ve damned (condemned; anathematized; execrated) themselves and are now passing that damnation along to others.

Indeed, this generation of Salt Lake Moabites (illegitimate priesthood leadership)  is already fading (weakening; dwindling; wasting-away), even as we speak, because they’ve spent (dedicated; sacrificed; devoted) their lives turning-off (shutting-off; cutting off; warding-off) the light ( “truth”; “Spirit-of-God”) to themselves, as well.

Indeed, the “Wall (prejudice; snobbery; pretense) of “self-importance” (conceit) and  “Elitism” (superiority; snobbishness) that surrounds them like a

protective hedge,  is about to be completely demolished (torn-down; razed; toppled) because they’ve alienated (estranged; divorced; turned-off) “light” (truth)  to the world.

2. Like a bunch of bears, this (our) generation of Mormon worshippers routinely lumbers (shuffles; trudges) off  to a Mormon

In the Old Testament, a “high-place” is a local or regional complex of facilities dedicated to the Canaanite God, Ba’al.

Salt Lake City’s “Temple-Square” with its:

High Places (like Temple Square) are elaborate, profit-making complexes of altars (structures at which contributions are offered), graven (very impressive) images, and shrines (places regarded as holy because of their associations with God).

Behold (something surprising, but could have been predicted), Mormon templecomplexes are being built (erected) as quickly as possible throughout the world,  so that in them,  this generation of Israel’s people (rank and file Mormons) can be led (directed; guided),  as they wax (become; grow) sentimental (teary-eyed; emotional),  to promise that they’ll sacrifice their entire lives and their future resources  to Salt Lake headquarters.

* high-places-A high-place is a local or regional worship center (complex; tourist attraction) dedicated to Ba’al (“The dominion of a husband”). Not only are 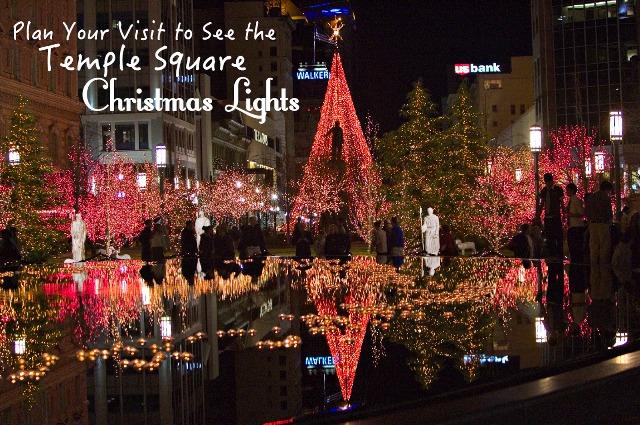 “high-Places” the Meccas (places of pilgrimage that attracts Mormons to them), but they are  as well,  vacation destinations  for tourists expressing amazement and “wonder” at them, while paying alot of money to stay in neareby “trendy” hotels and  and eating in Temple Square’s  “Pricey” restaurants and celebrating seasonal holiday festivals. This “high-place” in Salt Lake City, Utah, contains altars, (structures for which contributions are are made,  graven (very impressive) images, and shrines (places regarded as holy because of their associations with God).  and are highly-profitable business investments. The Canaanites (Mormons) , who worship Ba’al (” The authority of a Husband or  “Lord and Master”) as their chief deity, also use them.   The term “high-place” was translated from the ancient Greek translation of the Old Testament (the Septuagint), not from the Hebrew. The term conjures up images of remote hilltops, but in the biblical context, “High-Places” were not  mountaintops, for instance, (Jeremiah 7:31) locates a “high place” in a valley and (2 Kings 23:18)  at a city gate.

“What does Jehovah have to say about High-Places”

When the Israelites first entered the promised land, they were told to destroy the “high places”, idols and molten images of the Canaanite inhabitants (Num 33:52). They were also instructed  to never worship at “high places” that were Canaanite sites (Deut. 12:2-3). They were rightly told that Yahweh wanted to be worshiped in another way: “You shall not worship the Lord your God in that way. But you shall seek the place that the Lord your God will choose as “superior” (better; greater) for all your tribes to put his name upon,  so that Jehovah will make His habitation there” (Deut. 12:4-5).

Salt Lake City’s Temple Square Center (complex) is the latter-day epitome (embodiment; manifestation) of a “high-place” with its

(5) its profusion of upscale, high-priced Hotels,

Temple Square is an elaborate, high-priced and, of course, a “highly-profitable “High-Place” (tourist attraction; vacation destination) filled with graven (very-impressive)-images, and shrines (places regarded as holy because of their associations with God). It all figures,  because Mormonism is  nothing but Idolatry (the worship of “Men’s Dominion and authority) and “Materialism” (making lots of money!)

**  Ba’al – Literally, Ba’al means:  “The Dominion of a Husband” (“The Authority of a Husband”)   and needs no further explanation.

*** “Shaving the head” –  “Baldness” from natural causes was uncommon in Israel. Lots of hair, in fact, a “mop” of thick-black curly locks was a 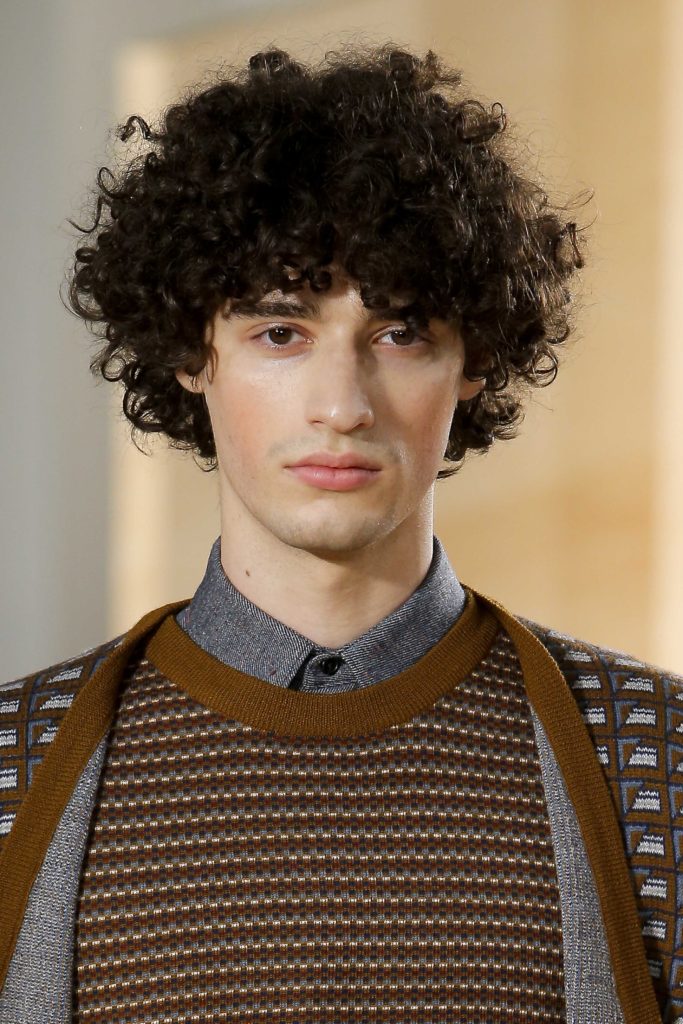 typical-Israelite-characteristic.  Hair symbolized a natural affinity with “integrity”,  “honesty” and “truth”.  Baldness was apparently one of the disqualifying characteristics, in the same category as “scabies” and “dandruff”  that anciently (historically) barred a man from the priesthood. The Egyptians rarely suffered from “scabies”.  This probably arose from their custom of constantly shaving the head, only allowing the hair to grow as a sign of mourning. With the Jews,  artificial baldness was a sign of mourning.  Baldness symbolized a “lack-of-affinity” (dislike; antagonism) toward “truth”, “honesty” and “integrity”  and was a natural-disqualifier regarding the priesthood.   It is alluded to in (Micah 1:16; Amos 8:10; Jeremiah 47:5).  Israelites were forbidden to follow the customs of surrounding nations by “shaving-their-heads” and making themselves bald (Deuteronomy 14:1).

humility). From-the-roof-tops (in television, print, and digital-media) these men “push the envelope of “ (push the limits of ; “ham-up”) their theatrical performance with “tears” and “sniffing”.

That is to say….they introduce initiatives designed to abuse (torment; disregard; treat with contempt) the very Israelite-people (rank and file Mormons) who are listening to their voices.

5. My heart aches because of Moab (Salt Lake’s illegitimate high-priests).   They preach (deliver sermons to an assembled group of Mormons) about being spiritually-minded while they , themselves (personally),   are “Mean” (greedy; selfish; mercenary; niggaedly; penny-pinching; ungenerous) leaders of the Mormon Authority, even, …“The-Triad” (“The First Presidency”) of the Mormon Church, because, males (men; husbands;

lords and masters ) are lifted-up (exalted; deified; put on pedestals).

Behold…… Salt Lake’s smooth (polished) General Authorities lamenting (weeping; mourning ) publicly,  from their conference podiums. They (these men) are lifted-up (exalted; put on pedestals. deified)  by their confederates, indeed, so they can trample (tread-down; break) this (our-own) noble generation of Israelites, and convene (summon) Mormons to become drunken (overcome or dominated by a strong feeling or emotion) enough (sufficient)  to mobilize (marshall; rally) other “Watchers” throughout the world, who are equally “involved-in” (included-in; committed-to) Salt Lake’s “effort” (enterprise; initiative) to destroy the works of God and His People (Israel).

6. Indeed (if truth be told), the waters (Sorceries;  enchantments; magic-spells; charms) which

are spotting (defiling; polluting)  Salt Lake’s High-Priests distance (disassociate; protect) them from desolation (a state of complete emptiness or destruction), because, they are the seed (offspring; children; progeny) of Salt Lake’s withered (dry and sapless; shrivelled) old grass (habitations; dwellings), which have been painted green.

6. The only way for Israelite (rank and file Mormon) men can ever hope to advance (progress; be recognized) is thru Salt Lake’s  massive (worldwide) pyramidal-hierarchy.

Behold (something surprising, but could

have been predicted),  the polish (brilliance; gloss; luster; sheen; sparkle)  of Salt Lake General Authorities is further enhanced with “tears” and “sniffing” or sometimes becoming “verklempt” (chocked-with-emotion)  upon (following; in response to) the announcement of their own  advancement (preferment; promotion) in the priesthood.

7. Thus, the wealth (abundance of money; riches) they’ve acquired and have personal custody of ,  they’ve

received  thru inheritance from a serpent (treacherous General Authority) who has “big hand” (inportant poosition)  in the operation of the “Melchizedek Priesthood Network”.

8. As a matter of fact, the mists (clouds; vapors) of darkness  (stupefaction; oblivion;

They are actively-engaged in diverting-the-attention-of (distracting preoccupying) Israel’s people (rank and file Mormons) so they won’t  seek light (truth; insight; intuition; discernment; awareness; enlightenment) from Jehovah  , and cisterns (pits-of-desolation) for Israel’s people (rank and file Mormons) who are eager to “howl at the moon”  (brag that they prefer to  follow the “lesser-light” that rules the darkness)  of Salt Lake’s Rams (priesthood-leaders).

9. As a matter of fact, Mormonism’s  waters (“world”)  of Dimon  (“make-believe”) is tainted (spoiled) because

Being a faithful Mormon requires a willingness,  in the face of facts, to keep on “MAKING-BELIEVE!

The End of Chapter Fifteen