The Glory Of Zion

) is here and the Glory (high renown and honor won by notable achievements)  of the Lord rises  (ascends; grows; soars) upon (because of; beginning with) you (Israel’s People) realizing just who all of you really are!

2. Indeed (if truth be told), behold (observe something horrible)…..Darkness (evil; ignorance; disaster; death; a curse; punishment) covers (washes-over; inundates; overruns; engulfs) the entire Earth…… but that’s not the worst of it…….

3. The Nations (Gentiles; non-Israelites) of the world will come-to (flock-to; be led to; seek after) your light (brightness; intelligence; illumination) and Kings (monarchs; crowned-heads) will be drawn (attracted) to the brilliance (radiance) of your DAWN * (beginning; emergence; rise; advent) during this morning of the Millenial Day.

* dawn- before sunrise, i.e. gradually becoming “lighter”, and “lighter” and “lighter” before the sun actually rises over the easter horizon.

4. Lift up your eyes and look around (to and fro; here & there).  Without human intervention, your Israel’s)  sons (descendants; lawful-heirs; children; offspring) are already being assembled (congregated; rallied collected; gathered) from afar (inaccessibility; unavailability; cold-detachment; many miles away) in route upon a journey back to you (Israel’s people).

Your “daughters” ( cherished-loved-ones; “Apples-of-the-Eye”; “Darling-Ones”) will be carried (bolstered; buttressed; fostered; lifted-up; encouraged; supported) upon (by; attached to)  your side (opinion; point-of-view; legal-argument).

Your heart  (soul; seat of senses and affections) will swell (expand) with joy (happiness) and gratitude (appreciation; recognition) as you see (behold) these things transpiring.

(90% or more; an overwhelming majority)  of Cult (Mormon; Catholic; Muslim; Scientology) leaders (officialdom) are personally and financially enriched (supplemented; sweetened; incentivized; enhanced) thru Sorcery (Black Magic; casting-spells; Dark Arts) so that they are able to “tame”  (bend the will of; subjugate) Israel’s people so thoroughly,  that they voluntarily (of their own free will; of their own volition) give-up (no-longer-claim;  relinquish) their (Israel’s) status (legal-standing; rank) of “Promo-Geniture” (right, by law or custom, of the firstborn legitimate child to inherit the parent’s entire or main estate in preference to shared inheritance among all or some children, any illegitimate child or any collateral relative).

* firstborn-The term firstborn has two main meanings. The first is literal, referring to the fact that this son is the first heir to be born of his father. The second meaning refers to the rights and authority of a person because he/she is the firstborn. Jesus Christ is the “firstborn” in several ways, but most of all He is the One who has been appointed by God to be in authority over all things (Colossians 1:13-23, especially verses 15, 18). Traditionally the firstborn was entitled to (1) the right to succession of the father’s throne and (2) to speak as the father (head of the family)  upon the death of the tribal chief (patriarch), i.e. to act as a prophet.

“Global Religious Cults” (Mormonism; Catholicism; Islamism; Scientology) have been systematically (according to a fixed plan or system; methodically) embezzling (looting; stealing;  misappropriating)  the birthright (right of Primo-Geniture; Right of the firstborn) of Israel’s people.

“Notice the priest on the far left of the photo.

He’s so bored by the “Dog and Pony Show” that he’s checking his watch!”

(sum-total; whole; aggregate) of their (Mormonism’s; Catholicism’s; Islamism’s;  Scientology’s) flock (congregation; membership) is foul (offensive to divine-senses, especially through having a disgusting smell).

They are gathering (rallying; assembling) themselves to compete with you (Israel’s people), as God’s ministers of  power.

The Rams (powerful officiators) who Oversee (operate; run; manage; superintend)  their  “Nebaioth” (“high-places”; temple-complexes; shrines; sanctuaries; gaudy, conspicuous-“Brick-&-Mortar” tributes to God and $$$) minister (serve; pander; gratify sensual desires) in order to (so they can) capture (take into their possession; control) Israel’s people. Pictured above is:

This Place Is Supposed To Really Impress You!

8. Who are these “Ministers of Religion” (“Hucksters of Heaven on Earth”) who’ve become accustomed (habituated; adapted; conditioned) to using (resorting to; employing) “Thick-Darkness” (Sorcery; Black Magic; “casting-evil-spells”) as “The Means To Achieve Their Ends”.

If you ignore what “Ministers of Religion” are “saying” (telling you)  and pay-close-attention to what they are doing (showing-you; creating for you), you’ll notice that they (“Men of the Cloth”; “religious hucksters”; ministers; Cult-authorities) are enthusiastically engaged in either:

(1) trying to cover  (swallow; hide; envelope; conceal) Israel’s seed (posterity; descendants) all together in obscurity (anonymity; insignificance),  or they are:

A “bubbly and enthusiastic”  personality (persona; public-image) is requisite (indispensable) among Cult (Mormon; Catholic; Muslim; Scientology) leadership because this kind of personality facilitates (expedites) their coup-d’etat (overthrow) while they Master (acquire complete knowledge and skill in) effervescence (bubbly-enthusiasm) so that it will works (serves) to facilitate (expedite; lend-support to)  their ambush Israel’s authority and benefit (promote; advance) themselves and their own families.

A spoonful of “Bubbly-Charm” makes the “Cock and Bull Story” go down!

9. Surely (what I am saying is true and I’m surprised that there is any doubt of this), the Islands (aloof Cult officials who are living in luxury and ease) anticipate (expect; predict; foresee) the advent (coming; return; arrival) of Israel’s people,  en masse…… (leaders into whom covetousness & avarice are infused) are getting “filthy-rich” (like the late pedophile, Jeffrey Epstein) by trafficking (prostituting; peddling) something  (a stolen birthright) that you (Israel’s people) consider (view; regard) as sacred.

Reprobate men like this fill the heads (leaders; Popes & Cardinals; Prophets & Apostles; Imams; Sea Org. officials) with an urge to “entertain” (amuse; delight) themselves with the  “Morally-Reprehensible” (disgraceful; shameful) “Head-Trips” (“Ego-Trips”; self-centered-“pie in the sky’; pipedreams) that they’ve ignited (generated; sparked) in the minds of Israel’s more-gullible people……

To the wicked, it is particularly exhilarating to fill (occupy) innocent-minds with strange and, frankly, absurd notions that cause them to voluntarily Depart (remove themselves) from “The-Path” (God’s Law; God’s way).

Removing oneself from the Path (Law) begins by dismissing (doubting; treating as unworthy of serious consideration) God’s (Jehovah’s;  YHWH’s) power (capacity; prophecy; promise) to “Bring Back“ (return) your children, from afar  (indifference; cold-detachment; disinterest; aloofness; many miles away) along-with their mettle (“stuff they’re made of”),  and their gold (inherent- twinkle; inborn-bubbly-personalities) to the jurisdiction (dominion) of Jehovah, (your God).

They will be transformed into a “Holy-Ones” (angels; Saints), due (thanks), in part, to your (Israel’s) splendor.

10. The sons (disciples; followers) of foreigners (strangers; nonIsraelites) will rebuild your (Israel’s) walls (fortifications) and their kings (monarchs; rulers; crowned heads; heads of state) will serve (work; help) to comfort (reassure) this (our) generation of Israel’s seed (descendants; offspring;

11. Your (Israel’s) gates (“right to citizenship”) will stay (stand; remain) open, the day and night.

They will no-longer prohibit (prevent; forbid; hinder) friends (allies; supporters) from bringing unto you (Israel’s people) the wealth (resources; riches; soldiers; army) of “The Nations” (The Gentiles; non-Israelites). 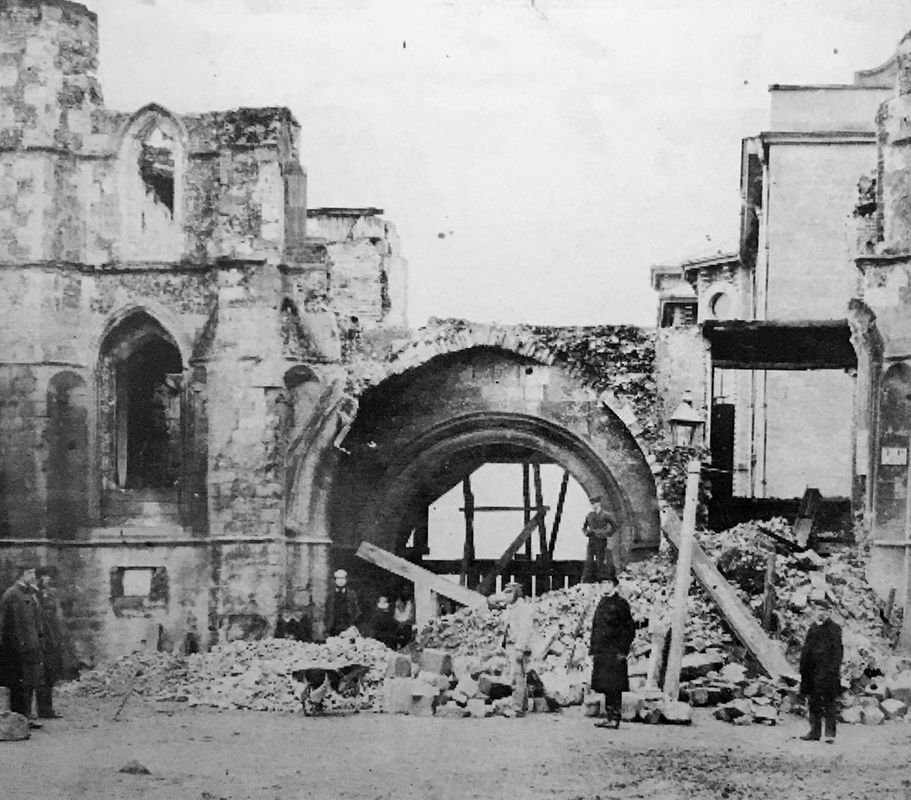 12. But, the Nation (domain; population; society; country) that does not (refuses; isn’t interested enough to) serve you (Israel’s people) will end-up destroying itself,  for such Nations (Gentiles; non-Israelites) will ultimately wind-up (arrive-at or end-up-in)  a “State of Ruin”.

Prestige (fame; influence; dignity) will adorn (make more beautiful or attractive)  every one of Israel’s people who I (Jehovah) have qualified (deemed worthy to be considered) to be my  Saints (Holy Ones; Angels) along with people that have been taught (led; guided) by my feet (supreme-measures; historic-actions; wondrous-deeds; heroic-steps) to give (pay) honor (tribute) to me. 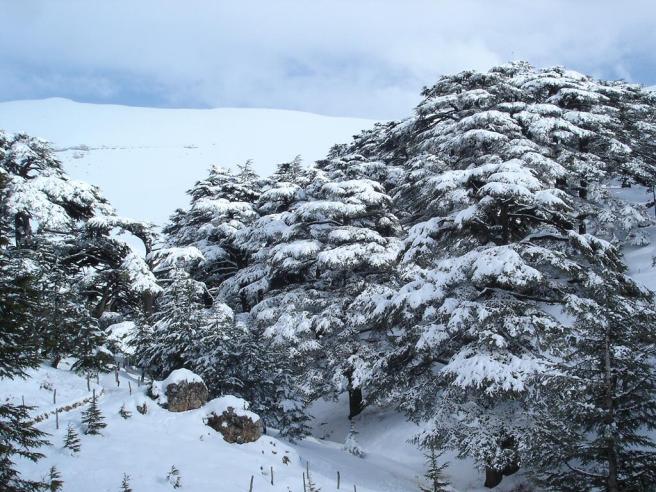 The Cedars of God (Arabic;  أرز الربّ‎ Arz ar-Rabb “Cedars of the Lord”), located in the Kadisha Valley of Bsharri, Lebanon are some of the last vestiges of the extensive forests of  Lebanon’s cedar (ritual-cleansing; refining) trees (families; lineages; bloodlines; dynasties; lines of hereditary-rulers) that anciently thrived across Mount Lebanon (“the administration of uncontaminated seed”)  All early modern travelers’ accounts of the wild cedars appear to refer to the ones in Bsharri; Cedar is twice mentioned as a substance for ritual-cleansing. In Leviticus 14:4 the cleansed leper was sprinkled with the blood of a “clean bird” into which had been put “cedar-wood, and scarlet, and hyssop.” In Numbers 19:6 “cedar-wood, and hyssop, and scarlet” were to be cast into the holocaust of the red heifer.

Here,  it is very generally considered that the cedar could not have been the wood of Cedrus libani, which so far as we know never grew in the wilderness, but that of some species of juniper–according to Post, Juniperis Phoenicia, which may still be found in the wilderness of Edom. The Christian monks of the monasteries in the Kadisha Valley venerated the purifying (decontaminating; refining; cleansing) trees (families; lineages; bloodlines; dynasties; lines of hereditary-rulers)  for centuries.

14. The sons (disciples; descendants; offspring) of Cult (Mormon; Catholic; Muslim; Scientology’s) officialdom who’ve been,  up until now,  oppressing you (Israel’s people) will come to (approach; draw near)

you,  so that they may bow (submit) themselves before you.

They will bow (totally-submit-themselves; prostrate-themselves; lay-themselves flat on the ground face downward, especially in reverence or submission. ) at the “soles of your feet” .

Those who once despised (loathed; detested; felt-contempt toward; felt-repugnance toward) you (Israel’s people) will convene (congregate; assemble) themselves in order to solemnly-promise (swear; vow) their support (allegiance) to your (Israel’s) “City-of-God” (“Zion”).

15.  Even though you (Israel’s people) have been forsaken like “a-people” (a tribe; a segment of the population; an ethnic-group) that is hated and considered by everyone to be “Passed-Over” (rejected; forgotten; dismissed) by God……

16. You (Israel’s people) will drink (enjoy; be nursed by; suckle; be fed) the fat (fresh-sweet milk; “choicest–things”;

“wealth”) of The Nations (The Nations; Non-Israelites) and you’ll be nursed at the breast of “Israelite-Royalty” (Israelites of royal blood and status) then you’ll know (understand; comprehend) one thing for sure.

I (Jehovah) am the one who saves you and redeems you, and the most important thing you need to know is:

“I (Jehovah)  am “Wicked Smahtah” (much-smarter) than Jacob (that “Dynasty of Deceivers”; that “Lineage of liars”; that “Bloodline of Bullshitters”; that “Family of Frauds”).

will violence (unlawful exercise of force and intimidation) as well as ruin (a situation of devastation; extinction; collapse; bankruptcy) within your borders,   be rumored (said to be; reported; alleged), but, in fact,  quite the opposite…

“Yeshua” (Salvation; One who is saved; deliverance; One who is delivered; victory; One who is victorious)  will act (function) as a guardian (defender) to protect you from those very things then, praise (appreciation of God’s love and power) will become the gate (right to citizenship) to enter your land (company), as a fellow-citizen.

(the “Worldwide Ministry of today’s Cults”; the Worldwide clerical Organization of Mormonism; Catholicism; Islamism;  “the World’s Men of the Cloth”) will no longer be acceptable (tolerated; sanctioned; permitted; condoned)  as Israel’s familiar (usual; regular) source of light (understanding; awareness; enlightenment).

Moonlight  (“the lesser-light”; a mere fraction of light reflected by a dead orbiting sphere)  signals (beckons; indicates) the “onset-of-darkness”(twilight; witching-hour).

Moonlight (“a lesser-light”; a tiny fraction of light reflected by a dead orbiting sphere) will no longer be “the” (one and only; exclusive) source of light (inspiration; awareness; an image of prosperity) for you (Israel’s people).

Jehovah (your God) has

become (been transformed into) an everlasting (perpetual; never-ending; eternal) light (source of illumination) for you (Israel’s people)…..

…… and the Covenant (agreement; treaty) that you (Israel’s people) have inherited thru the bloodline (lineage; genome; genetic-material) of Father, Abraham,  has become (turn out to be) your glory (dignity; distinction).

21. All of your (Israel’s) people will become known as “just” (righteous;  beneficent-ones; Doers of “Good”; Producers of “Good”) throughout eternity.

(shoots; offshoots; sprouts; scions) of those who long-ago initiated (originated; pioneered) the deception (swindling) of Israel’s people will become deeply committed to your (Israel’s)  ministry.

They will be thrilled to point (direct everyone’s attention) to an authoritative (dependable; reliable; trustworthy) explanation (translation) of Isaiah’s vision (indictment; book).

22. The least (smallest in amount, extent, or significance) members of your family (lineage; bloodline; dynasty; line of hereditary-rulers) will become (be transformed; be turned; be changed) into

tens of thousands joining-together and the smallest (least powerful) members of your company (house) will become (be transformed into; be turned into; be changed into) a mighty nation.

I (Jehovah) will accomplish all of this in due (a suitable; good; the right) time.