The Future Glory Of Zion

(growl; vocalize an aggressive warning)! Then………. give forth a stridulous (shrill;  grating) sound! Make it clear to “The-Church” (Global Religious Institutions) that you (Israel’s People) are determined to “root-out” (pluck-out; eliminate; get rid of; completely outlaw) revelations from church headquarters that negate (deny; fail to recognize; ignore; dismiss; disregard; contradict; cancel-out) this (our) generation of Israel’s people.

Break-out in desperate (fierce; urgent; intense; furious) shouts! Neigh (make a characteristic high-pitched sound uttered by a horse; “Horses generally neigh to attract the attention of other horses or people.”  Neighing can also be “a sign of separation-anxiety or a sign of social isolation”) as a means to signal the overthrow (removal from power; defeat or downfall)  of all “unsanctioned” Churches and every-single-one of their illegitimate “Men Of The Cloth”………

Israelites must negate (prohibit; invalidate; nullify; deny; outlaw; make-ineffective) every church that is “NOT” set-apart (dedicated) by Jehovah, himself (personally), for the specific-function of authoritatively (in a way that is trusted as being accurate or true) instructing the human-race (mankind; The human family) about God (Jehovah) and His commandments, because “at this point in time” (today; in this day and age; in our generation), there are more Israelite heirs (descendants; successors) who are casualties (victims) of the desolation (spiritual-stupefaction; spiritual-numbness) propagated (generated; spread) by Global Religious Institutions and their illegitimate “Men-Of-The-Cloth” than there are Israelite heirs (descendants; successors), whose owner (Lord; Master) is Jehovah (the God Of Abraham Isaac and Jacob”), saith the Lord.

Compare the words of the prophet, Elisha (2-Kings 6:16) that convey the “direct-opposite” to the above concept of

In contrast to Elisha’s situation, Isaiah is warning Israel’s people that they have ample reason to be afraid because,  “at this point in time” (at this juncture; today), worldwide,  there are more Israelites working to promote Satan’s (the enemy’s; Institutionalized Religion’s) cause than there are Israelites working to promote our (Jehovah’s) cause.

to accommodate those who are rising-up (being raised-up; being established; standing-up) then, the curtains (subterfuge; deceptions; hiding of truths; promotion of lies; cover-ups; smoke-screens) designed to hide (conceal; obscure; camouflage) the seizure  (capture; appropriation) of Israel’s authority by her rivals (challengers; opponents)  “Illegitimate Men of the Cloth”) are seeking (working; “trying-very-hard”; striving)  to occupy (invade; capture; take-over; overrun; take possession of; conquer) your (Israel’s) tent * so they can steal (misappropriate; dishonestly and unfairly take for their own use; pilfer; embezzle) your (Israel’s) authority and exploit (make full use of and derive benefit from)  it to serve their “self-centered” (egomaniacal)  purposes.

are spinning (twisting) God’s words,  so that they may promote (encourage; reinforce; further; advance; facilitate) their church’s official (pompous; bureaucratic) “Cock and Bull Story” (a story that is obviously not true, especially one offered to justify a deception, i.e. a “lie”).

Lo and Behold (a new turn of events, often with the suggestion that although surprising, it could, in fact, have been predicted), they’re stretching (drawing-out or expanding to full-strength and scope) the “darkness”  (sorrow; misery; death; destruction; ignorance; wickedness),  that is intrinsic (natural; inbred; inherent) to their priesthood as a means to “outshine” (prevail-over; surpass; out-perform; out-do)  you (Israel’s people).

They profit (“line their pockets”; “rake it in”; “make a financial-killing”; obtain a financial advantage or benefit) thanks to you (Israel’s people) while they bind (monopolize; take control of; dominate; take-over) your (Israel’s) power and authority. Since a tent and its inhabitants form a unit, a tent can be filled with good or evil forces and within the sphere of activity affecting one’s destiny, it can impart to anyone who enters it a condition corresponding to the respective forces that control it. Statements like “the light of the wicked is dark in his tent” (Job 18:6) or “there are those who are incredibly negligent in their tents.” (Job 12:6) provide a transition to such ideas.

(Israel’s people) must  spread-out (open and fan-out; proclaim; publicize; circulate) “to your right and to your left” (in every direction).

Then Israelites must settle (conquer; transplant; put down roots; colonize; establish themselves) right in the middle of the currently desolated (ruined;  devastated; wasted) cities (communities) of the Gentiles.

and……..there is no reason (justification; grounds; just-cause; foundation) for you to fear (lose courage; break out in a “cold-clammy-sweat”; panic; feel anxiety).

I (Jehovah) am NOT assigning blame (responsibility for a fault or wrong) to you (Israel’s people).

You won’t be humiliated, in fact, you can forget about (needn’t worry about) the shame (“foolishly allowing yourselves to be led into captivity”) as a result of your youth (immaturity; “naivety”; lack of experience, wisdom, or judgment). 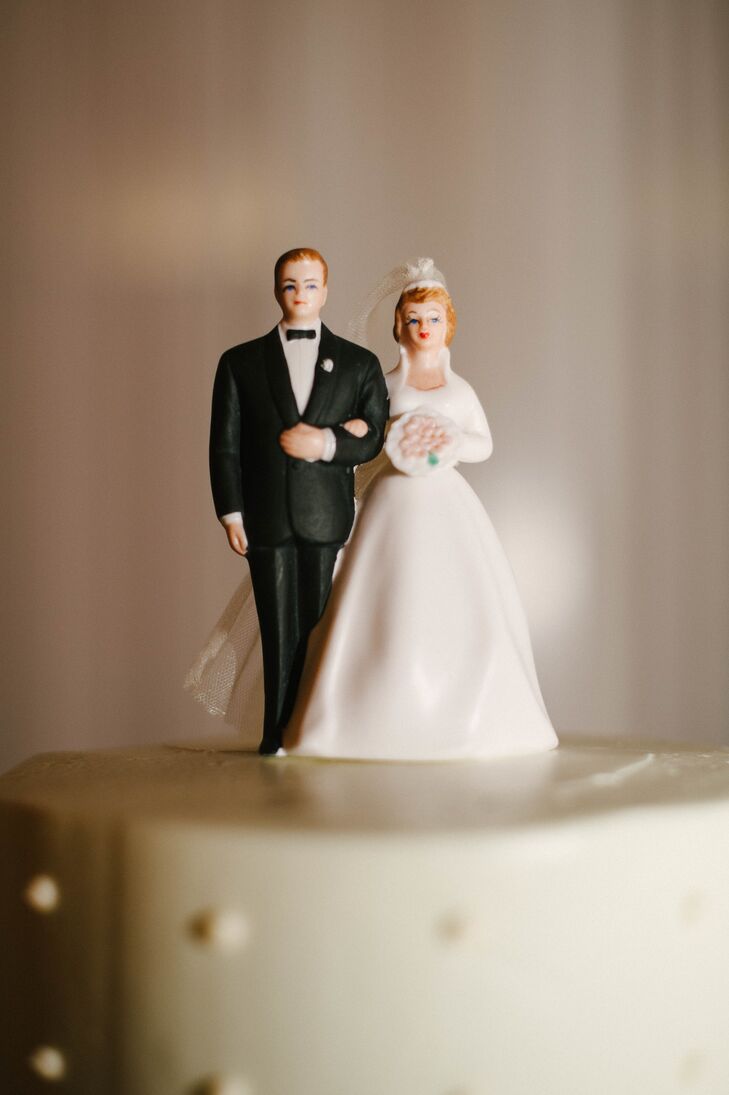 The Holy-One” (“Saint”; “Angel”) who is your (Israel’s) redeemer, has also been called (given the name; appointed) by Jehovah “El Shaddai” (God’s Administrator; The Administrator of  God’s “Sphere-Of-Influence”) over the population (residents; inhabitants; citizens) of the “Earth”.

(man; woman; child) living upon this  Earth has been sentenced (condemned; confined; penalized; sent) here, for a probationary (discovery) period of time (mortal-life; mortality) in order to conclusively (putting an end to debate or question) determine (discover) each one’s true character.

So, if a person’s natural inclination is to defend and uphold truth,  that person will inherit a place in the midst of (surrounded by) Zion (“God’s Towers of Strength”; “God’s Pillars of Strength”; Eternal life) . 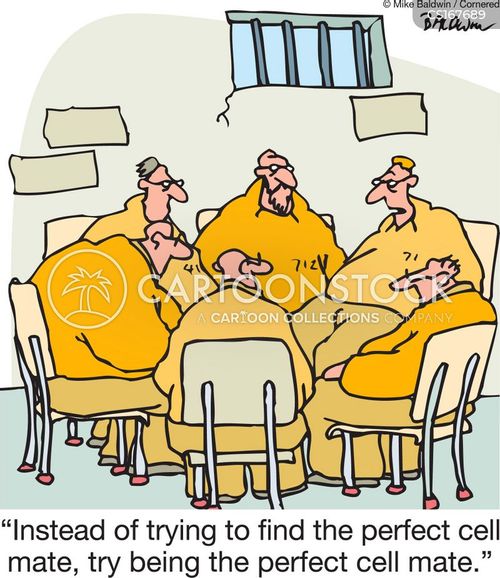 But,  if a person’s natural inclinations have become eternally (everlastingly; permanently)  crystallized (hardened; fixed; solidified) during his mortal life to deny and hide truth, that person will be sentenced repeatedly to further time on Earth (mortal-probation) until that person is rehabilitated (redeemed; delivered) by the power of God,  from his own (personal) evil (demons).

Recidivism (repeating of an undesirable behavior after one has either experienced negative consequences of that behavior or has been trained to extinguish that behavior) is sadly “alive and kicking” (unbroken; hale and hearty; enduring) among the Human Race.

6. Because they (Israelites)  are being  “bent” 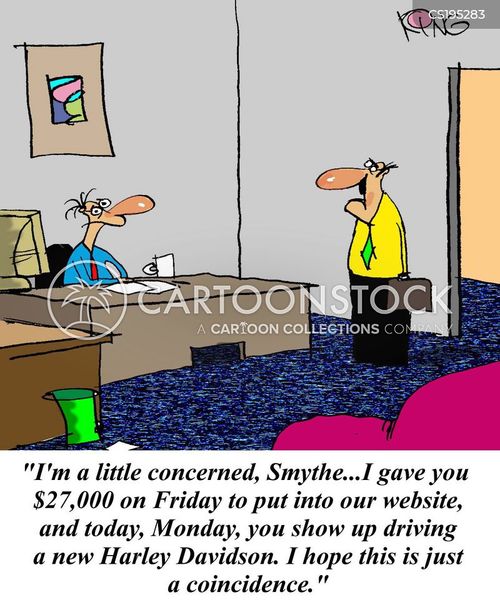 (tamed; subdued) to the will of false-priests they are forsaking (deserting; turning their backs on ) their hereditary covenant with Jehovah (the God of Israel).

They are taught to counsel  (show the ropes to; teach; explain the customary ways to ) every high priest (chief priest) the art (cunning; trickery; duplicity) of embezzling (pilfering; appropriating; assuming) Divine-Authority that rightfully (lawfully) belongs to the people (flock; folk; nation; tribe) of the House (family; lineage; bloodline; dynasty; line or succession of hereditary rulers) of Israel. 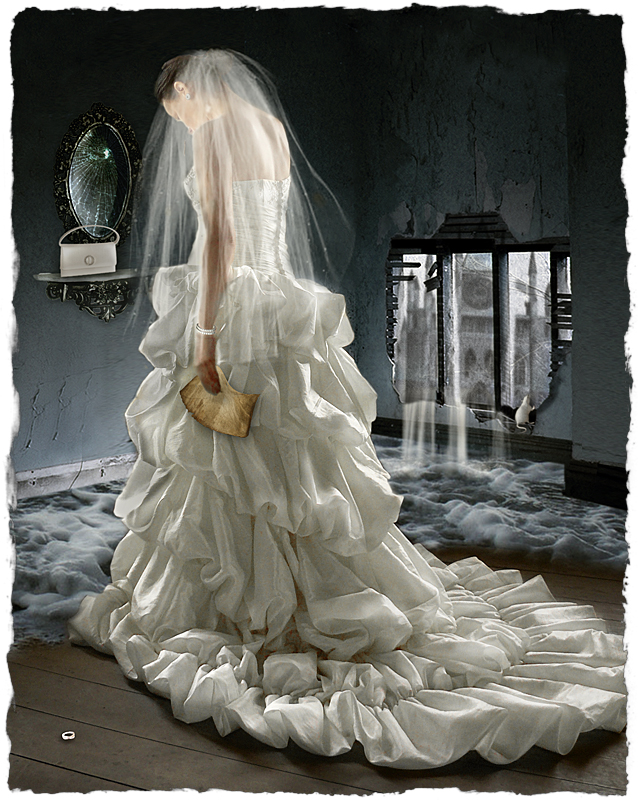 (intelligence; truth; light; perceptions; touch; mind; “understanding”)  of God is calling (inviting; accosting; addressing) you (Israel’s people) as the wife (partner; spouse; bride) of His (Jehovah’s) youth….. a bride who’s been,  for a very long time,  spurned (jilted; strung-along; deceived; rejected with disdain or contempt) by illegitimate-clergy (false-priests and egocentric-ministers; “illicit-Men Of The Cloth”), to whom you (Israel’s people) have rendered and still do render (give; offer) obedience!” saith your (Israel’s) Lord, God.

has been forsaken (left; abandoned; dismissed; neglected; ignored), but because of Jehovah’s compassion for the magnificent (great; majestic; dignified) members of Israel’s people (tribe), the work that I (Jehovah) am doing thru the influence (teachings;  guidance) of the Holy Spirit is bringing-you-together (reuniting you; reconvening you, especially after a pause in proceedings; reassembling you) forever (“never to be separated again”).

8. In an angry surge

(outburst; outpouring) I (Jehovah) hid my face (presence) from you (Israel’s people)……..

……….but…….. with everlasting kindness (favor; mercy; pity) I (Jehovah) am moved with compassion (pity; mercy; love) for the sake of your (Israel’s) authorities (officialdom; scholars; leaders; executives; aristocrats; experts; judges), saith The Lord, your Redeemer.

(if truth be told), what’s happening today (currently) is comparable to the “Era” (generation) of the Old Testament prophet, Noah.

Back then (at that time), I (Jehovah) swore (made a solemn promise)  to that generation that I (Jehovah) would never again allow “Life-On-Earth” to be flooded (inundated; overwhelmed) by primordial (existing at or from the beginning of time) waters (chaos; the Netherworld; the underworld of the dead; hell) because of provocation (stimulus; incitement; affront) by you (mankind; the Human Race) and to never rebuke you again in this way.

said that” (despite the fact that)  the mountain (administration) of man is being removed (taken-away; dismissed; abolished) by God and the elevated (prominent) men of this generation who are holding (clutching; embezzling; seizing) Israel’s authority are being shaken (slipping; failing; sliding; falling-downward; off-course).

Yet (but at the same time; but nevertheless), the “Covenant of  Peace” (Shalom; pronounced- “Shi-loom” meaning: welfare; health; prosperity; friendship; favor; safety) that most of this world’s population inherited thru the blood (lineage; family; DNA; genetic-code) of Abraham has and never will be removed (withdraw; abolished; taken-away)  from the earth and her people.

11. Those (Individuals) who are lashed (beaten; flogged; baffled; overpowered; thrashed; overcome; defeated; whipped) by violent shaking (having the props knocked out from under them;

upset; intimidation; undermining) are being denied any kind of comfort.

Now, I (Jehovah) am the one who is “lying-in-wait” by  “Going With The Flow” (yielding; being malleable; moving to and fro; being flexible) and working almost entirely thru the power and influence of the Holy Spirit,  so I (Jehovah) have time to build (set-up; establish; prepare; restore; re-build; “put to rights”; set-right; restore; mend; repair)  your house (lineage; family; bloodline; dynasty; line of hereditary rulers), but I (Jehovah) am founding (bringing into being; establishing) your authority “By The Book” (based upon what is written) in the Book of Israel’s greatest prophet, Isaiah. 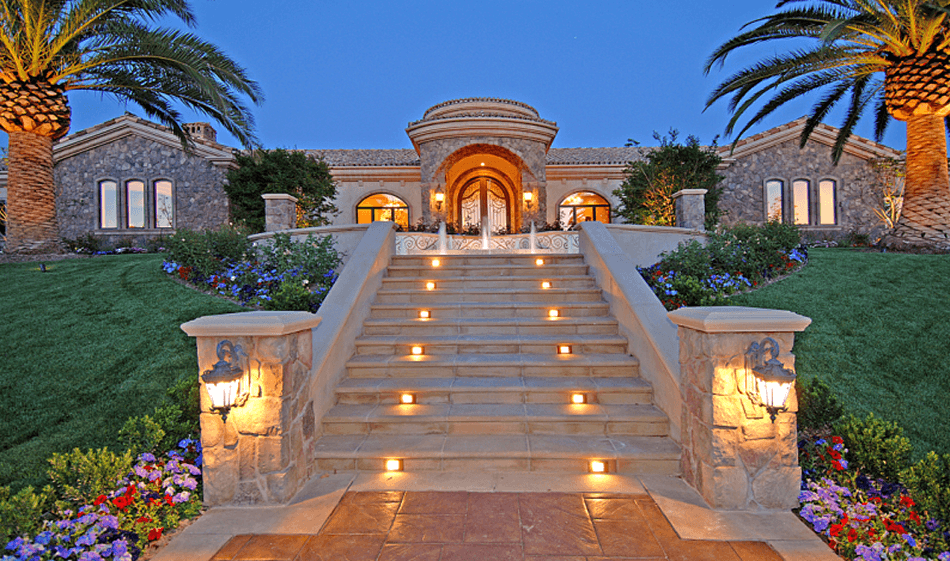 made (commissioned; appointed) a sparking-gem (“Ruby”; spark from a forging furnace) to minister (administer; distribute; make application of; bring into use) your (Israel’s)  authority and to be your gate-keeper (attendant at a gate who is employed to control who goes through it).

(lawful heirs) will be tutored by (apprenticed to; bound to) the Master (Jehovah) to receive their instruction while and increasing (intensifying; strengthening; adding-to; fortifying) the “Shalom” (peace; welfare; soundness; health; “friendship”; safety; a sense of “fulness”) built (produced; inaugurated; begun; initiated; generated) by you (Israel’s people).

generation of Israel’s people is prepared (appointed; established; ready; provided-for; stable) because of its righteousness. Viewed as a collective group, they feel (experience) a natural (inborn; innate; hereditary) revulsion (disgust; abhorrence; repugnance; loathing) at/ toward frauds (oppressors; deceivers; violators of what is right and what is someone’s right).

Indeed (if truth be told), they’re afraid of (intimidated by) nothing and no one!    Terror (fear; dread; intimidation) is removing itself (slinking off into the shadows; being done away with; eliminated; withdrawing) for lack of support for it among this (our) generation.

(as a matter of fact), Terror (fear; dread; intimidation) don’t feel welcomed (“At Home”; comfortable;  accommodated) around you (this generation of Israel’s people).

attack (assault persecute) you (this generation of Israel’s people)……. that attacker (hit-person; antagonist; persecutor; assailant; aggressor) is “NOT” sent (inspired; commissioned; moved) by me (Jehovah; my “Spirit”).

Anyway…..Those who do attack you will ultimately surrender to you

17. No weapon (vessel; tool; instrument) forged against (to oppose; to destroy) you (Israel’s people) will/can prevail…..

Every tongue (language; talker; slander; false-statement which is spoken to damage to a person’s reputation; gossip; rumor) ……….rising (cropping-up; complaining; developing) against you (Israel’s people) as a means to defame your (Israel’s) character will be handily (without

delay or difficulty) refuted (proved to be wrong and false; disproved).

“This kind of power (capability) is part of the birthright of God’s servants working hand in hand with (coupled with) Israel’s vindication (exoneration; exculpation),  as far as I (Jehovah) am concerned!”, declareth the Lord.