“Israel’s Sin And The Servant’s Obedience”

“Where is the “GET” * (certificate of divorce) of your mother (intimate-relationship; “mother” symbolizes the “glue” which holds the family together; cohesiveness; tendency to unite)  which proves (shows; demonstrates) that I (Jehovah) sent her away or, rather, that  I (Jehovah) got “sick and tired of” (fed-up with; exhausted by; disgusted by) religious-leaders (Melchizedek High Priests; so-called “Men of the Cloth”)  who cut-off (close-off; block; suspend) power and authority, having all of you (Israel’s people) in mind, as a means to advance (promote) themselves and their agenda.

( גט‎, plural gittin גיטין) is a document in Jewish Religious Law which effectuates a divorce between a Jewish couple. The requirements for a get include that the document is presented by a husband to his wife. The essential part of the get is a very short declaration: “You are hereby permitted to all men”. The effect of the get is to free the woman from the marriage, and consequently, she is free to marry another and that the laws of adultery no longer apply. The get also returns to the wife the legal rights that a husband held in regard to her.

“Lo and behold” (a new turn of events, often with the suggestion that although surprising, it could, in fact, have been predicted), because of the perverse (fraudulent; unethical; unscrupulous) intentions of priesthood authorities of Global Religious Institutions, this generation of Israel’s people have been sold (disposed of for money) as if they were

merchandise and because all of you (“Men of the Cloth” who serve Global Religious Institutions) have defected (broken your hereditary covenant thru the bloodline of Abraham), your intimate-relationship  (“mother” symbolizing the “glue” which holds the family together; cohesiveness; close-knittedness; tendency to unite) among all of you (Israel’s people)  is cast-out (let-go; dismissed; thrown-out; forsaken).

2. What (Well…..what do you know)? My authority comes (arrives; returns),  but there is no one ready (equipped; prepared). My authority (power to give orders and enforce obedience) calls-out (criticizes and expects an explanation) by name, but there is no longer any duty (commitment; obedience; allegiance) to the Abrahamic Covenant.

Do you really think that (wonder if) my hand (grasp; power) cannot reach far enough (is too weak) to ransom or do you wonder if there is sufficient strength in Me (Jehovah) to rescue.

“Lo” (surprise, surprise, surprise!)  The Sea (“The West”; utter dis-orientation;  Salt Lake City; Vatican City) will dry-up, because of the work that I (Jehovah) am currently performing, their rivers (“life-guaranteeing

” sorcery, Black magic; enchantments, and spells) because of their curses will dry-up (vanish; disappear).

Their fish (development, change; variation of tales) of Priesthood Authority (dominion; jurisdiction) will rot (decay; decompose; disintegrate; ) because there is no “Life-Preserving” Sorcery (Black magic; enchantments;  and spells) to protect them anymore, so they’ll die (perish) from thirst (the drought). 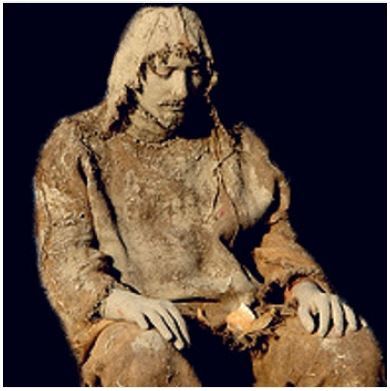 work that I (Jehovah) am performing is clothing (arraying) the mourning (grieving; sorrowing; crying languishing) skies (Heavens; “individuals with whom God and His holy-Spirit feel perfectly comfortable and “At-Home”).

I have been requiring them to cover themselves with sackcloth (haircloth; cloth made of black goats’ hair, coarse, rough, and thick, used for sacks, and also worn by mourners and as a sign of repentance).

God has given unto me (Isaiah) the masterful tongue (instrument of speech; language) of one who is an-expert (a disciple, i.e. someone who is equipped to speak eloquently) to give (teach)  them (Israel’s people) knowledge (an awareness) of an organized (systematic and large scale) “Perversion” (distortion; misrepresentation; falsification)  having in mind (designed) to cause members of Global Religious Institutions to become “jaded” (bored; blase’; disinterested; nonchalant; tired) concerning the Word of God.

God has activated my ear (capacity to weigh and evaluate) in order to move me like one who’s been “Taught by the Master” then I (Isaiah) was no longer rebellious (insubordinate) with regard to Jehovah’s authority (dominion; jurisdiction) thereafter (subsequently; from then on) and I’ve refused to shrink (shy-away; recoil; “cringe”; wince; cower; retreat).

back (followed-orders)…I stood there and took it while they beat me. I held steady while they pulled out my beard; didn’t dodge insults. I faced them as they spit in my face.

God has provided succor (help; support; relief) to me. Because of this (as a result of this) my authority will (can) never be confounded (insulted; confused; put to shame).

8. Because justification (reason; excuse) for a  legal-cause is familiar to (connected to; allied-with; associated with; attached to) me. Who (what Bozo’s)  dare (have the audacity; who have the “presumptuous-balls”) to attempt bringing charges against me?

Just which “Lords and Masters of Organized-Religion” are presumptuous enough to accuse me (Isaiah). They are desperately groping (floundering; fumbling; feeling-blindly) to approach (approximate) me.

9.  Lo and behold (a new turn of events, often with the suggestion that although surprising, it could in fact have been predicted), it is the Lord God, himself, who is helping me. Who are they that are declaring that I (Isaiah) am guilty? and behold (a new turn of events, often with the suggestion that although surprising, it could in fact have been predicted), all of them are bent to the will of treacherous religious leaders in high places. They bring them (their loyal followers) to nothing.  Moths * (moths contaminate food and certain types of pet food (dry pellets) with their feces and their white cocoons – left from the caterpillar. Intestinal diseases caused by moth infested food) have completely eaten them up (consumed them; devoured them)

Lay not up for yourselves treasures upon earth, where moth and rust doth corrupt, and where thieves break through and steal:

But lay up for yourselves treasures in heaven, where neither moth nor rust doth corrupt, and where thieves do not break through nor steal:

This passage marks a change in subject matter from the first half of the chapter. While the earlier portion focused on proper procedure for worship and criticized those who made a public display of their piety, this section begins a discussion of wealth and material goods, and why they are not useful. (Verses 19–34)

forms a section devoted to the theme of “possessions”. The use of the word “treasures” could refer to the contents of a treasure box or a storehouse. Moths are often associated with the destruction of fabrics, and in this era, pieces of clothing were a major investment. What is meant by the Greek, Brosis (eating; devouring; consuming; feeding on; corroding) sometimes translated as “rust”, is less certain?

The word generally means “eating”. This could refer to the oxidization that eats away metals, or it could be referring to vermin, such as the mice that might consume a supply of grain, the worms that eat through wood, or even a reiteration of the aforementioned moths. The text goes on to say that in contrast to all of the material things that can be destroyed or stolen, investments in Heaven cannot be threatened by others. Thus Jesus suggests that this is the most secure form of investment. This is a very rational and economic argument for piety, somewhat similar to Pascals Wager. The idea of heaven as a storehouse for spiritual treasures existed before Jesus, being found in several Jewish works of the period and has an analog in the Hindu theory of karma. It has been noted that the verse may specifically be an encouragement to almsgiving, an argument that one should spend money on alms rather than luxuries. It contains very similar wording to Mathew 19:21, which is specifically about alms. 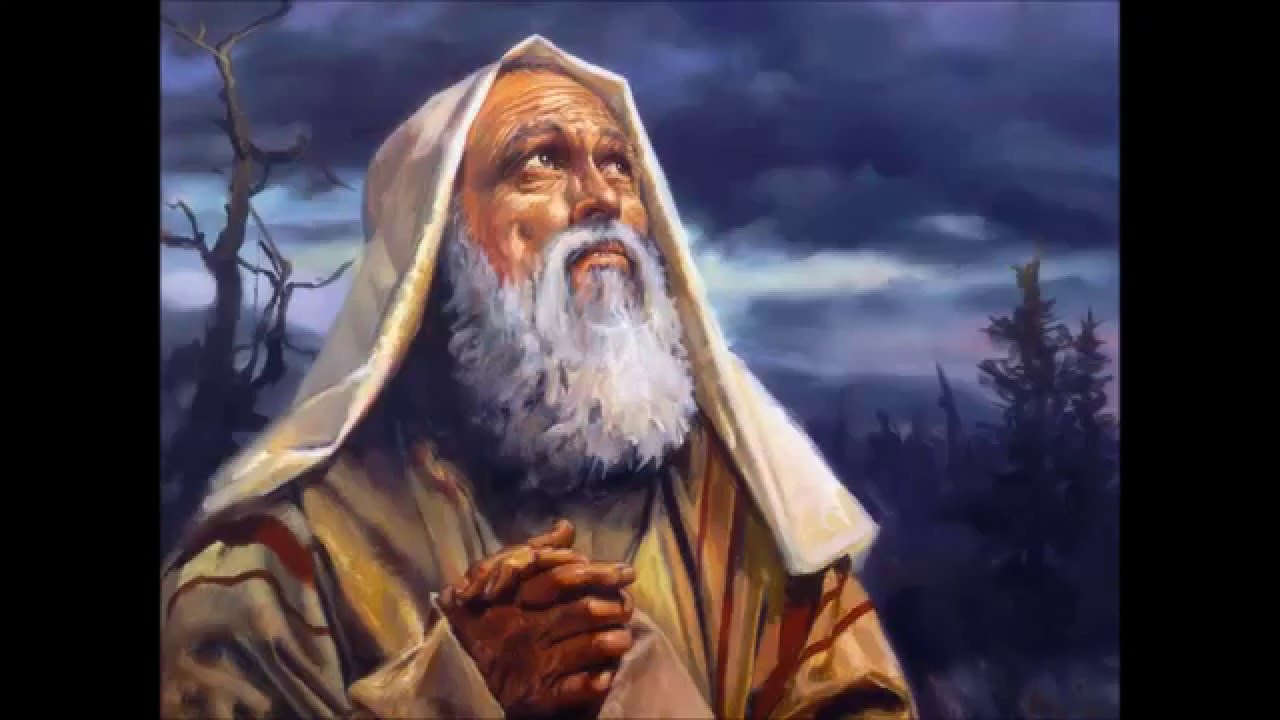 them (it’s perfectly-safe to) trust-in (rely-upon; depend-upon) the name (authority) of Jehovah and let them (it’s a safe-bet to) lean (rest; stay) themselves upon the binding-agreement (covenant; treaty) they have inherited from God through their ancestral Patriarch,  Abraham.

11. But now, all of you who can feel a wonderful kindling (firing-up; igniting; burning) of passion in your heart (“life”; seat of senses and affection; seat of thinking and acting; seat of will and purpose; seat of wisdom and intellect)…who are listening to Me (Jehovah)

Become ( begin to be) sparks (firebrands; agitators; trouble-makers; rabble-rousers; revolutionaries) to secure (protect; guarantee; safeguard; defend; recover; take-back; repossess) Israel’s Authority (dominion; jurisdiction). Walk by (in accordance with) the light (insight; personal-divine-revelation) of your own (personal) fire (source of light and warmth)…..the one that is currently (now; “at this very moment”) enlightening (illuminating) your mind and heart and become flaming-torches (beacons; lamps; flambeaus) as a means to kindle Israel’s people (set Israel’s people on fire; start a fire under Israel’s people; enlighten Israel’s people) originating (coming) from my (Jehovah’s) hand (ministry).

This is happening (occurring) to you (Israel’s people) as a means to torment (distress; agonize; plague; afflict; torture; scare the “Hell” out of) illegitimate Priesthood authorities (officialdom) who are nonchalantly having sexual-intercourse  (lodging;  lying-down) with Israel’s people in order to secure (captivate; capture; get hold of; possess; “own”;  become the “Lords and Masters” of; become Ba’als * to) Israel’s seed (posterity). 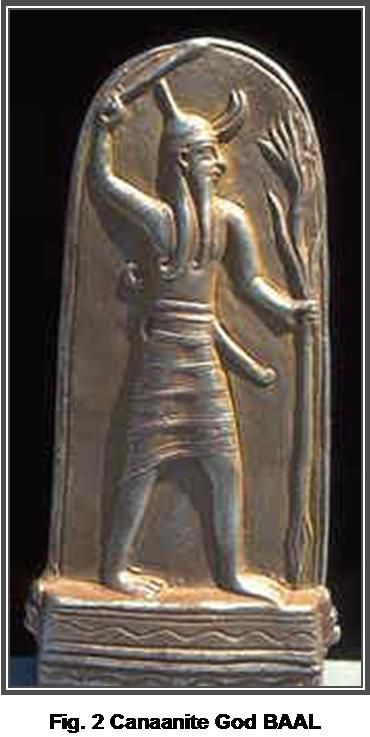 (Hebrew בעל, Ba’l, “lord”; Greek Βήλος): title of several Canaanite deities. The word Ba’al can be translated as “lord”, “owner”, “master”, or “husband”, and referred to a group of deities venerated in the Levant. Some of these deities were also known under different names (e.g., the storm god Hadad of Aleppo), in which case Ba’al was a title; in other cases, Ba’al appears to have been a name. The oldest references to him are personal names from the third millennium BCE.