1. But now, this is what the Lord, who created (begotten; given life to) Jacob…… and who 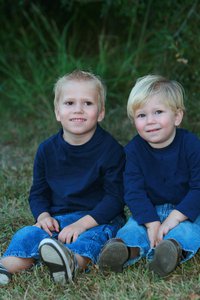 formed (reared; educated; shaped) Israel says, “Fear not, for I have redeemed (regained possession of) you (Jacob’s people and Israel’s people) in exchange for a huge payment. I am summoning you,  by name, because, once again,  you both * belong to Me (Jehovah).

* Both – Though it might seem otherwise, Jacob and Israel were…. anciently and are….today,  twins brothers. However, when Jacob encountered his “Angelic-Foe” (“the assailant who made Jacob an offer he couldn’t refuse.”) at the “Ford” (“crossing at which a crucial decision must be made that will have far-reaching consequences”) of “Jabbok” (“total-surrender”) recorded in (Genesis 32:22), he underwent a remarkable transformation of character. In Hebrew, Jacob means “One who is upright in the eyes and estimation of men”, i.e, “deceiver”, “phony”; “pretender” or “fraud”.

2. When you pass-through (go through; endure;  suffer; undergo; experience; encounter; experience)  “The-Waters” (“chaos”; evil-spells; sorcery; the effects of black magic) of Salt Lake’s power, I am with you (mindful of you) and when you pass-through (endure;  suffer; undergo; experience; encounter; experience) the rivers (prosperous assemblies of Mormon people all flowing together to attend for some kind of Church Conference ),  you’ll not be swept-away (“overcome with emotions or perceptual stimuli”).

When you witness (observe) Salt Lake’s fire (passion; enthusiasm) you will

not be burned (damaged; injured; incinerated; reduced to ashes) because of  the  flames (passions; emotions) that are consuming their people won’t set you ablaze (ignite-you;  “touch your feelings; “ring your bell”; affect you).

I (Jehovah) have given a king’s ransom (a huge amount; a fortune) in order to repurchase (redeem) you.

I am surrendering (offering; sacrificing) Egypt (Salt Lake’s entire slave-culture) and its  Seba (social-climbing-cliques; high society people) and their communities (people; congregations; followers) instead of you (Israel’s people)…….

……..since you are precious (of great value; not to be wasted or treated carelessly) and honored (regarded with great respect) in my sight (opinion; estimation)…..

……and because I love you, I will offer Egypt (Salt Lake’s entire slave-culture) as a religious sacrifice  in the way of propitiation and in the way of homage,  in exchange for the souls of your (Israel’s) people. In other words, “You belong to Me (Jehovah)”.

5. But now, this is what the Lord, who merely created (produced the basic material of) Jacob,  but who was successful in  shaping (whittling; chiseling; fashioning; molding) Israel,  says,

“Don’t be afraid, because I (Jehovah) am with you. I will bring your children (offspring) back to you as part of the forthcoming (imminent; impending; approaching) “Sunrise“ (millennial-morning; “return of the Son of God”) and your (Israel’s) seed (posterity) will bring with them (be accompanied by) the “Strength and Power of God’s holy-spirit”

…….“I know who you are and I (the power of my “holy spirit”) will gather you as part of the Sunrise “(dawn of the Millenial Day”).

I am saying to “The-North” (Israelites as Salt Lake’s buried treasure), “Salt Lake’s presiding officers will end-up releasing-you (giving-you-up; sending you home; inviting you to leave; kicking-you-out) just like Pharoah released the Israelites from Egyptian Slavery.

Return my sons (lawful heirs; scions; successors) from afar (irrelevance; remoteness; obscurity) and deliver my-daughters (“The Apples Of My Eye”; the Israelites who I (Jehovah) cherish, the most) from the “Ends” (ambitions; aspirations dreams; pretensions) of “The-Earth” (“this temporary sphere of existence where people have sufficient time and opportunity to transform their personal-inclinations whether “Good” or “Bad” into permanent, unbreakable habitual-patterns of behavior).

I’m talking about you, i.e. everyone who is called (invited; summoned) by (by means of; under the “aegis” of; supported by ) my (Jehovah’s) name (authority; dominion; jurisdiction).

You (Israel’s people) are the ones (they) whom I (Jehovah) have personally fashioned (reared; developed; prepared; cultivated) to receive my (Jehovah’s) glory (honor; high respect; great esteem; tribute; distinction).

I (Jehovah) want you (Israel’s people) to Lead (escort; let)  those who have eyes,  but are blind (indifferent; careless),  out of darkness and reveal to those who have ears but are deaf (refusing to listen, heed, or be persuaded; unreasonable; unyielding),  what is true. “The-Nations” (“the Gentiles”; “non-Israelites”) are,  here,  gathered-together and the people of the world are assembled (brought together; united) in reading this book.

Has any of them been involved in foretelling (predicting; prophesying), ahead of time, about this situation or have any of them introduced (explained; clarified) unto us,  things (words; matters) addressed in the Old Testament?  Alrighty-then……. let them summon their witnesses to prove that they are right,  so that others may hear and say, “Yeh…the Old Testament is actually true!” 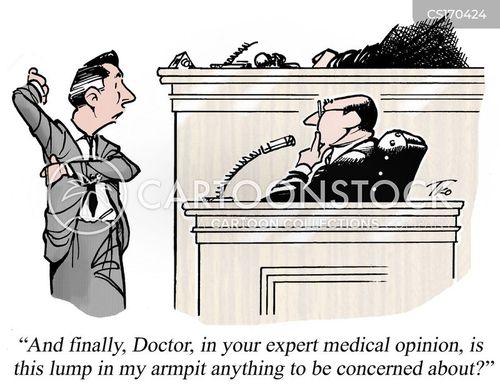 (Israel’s people) are my (Jehovah’s) expert witnesses (persons whose opinion by virtue of education, training, certification, skills or experience, is accepted by the judge as an expert), declareth the Lord, along with my Israelite servant (messenger) whom I have particularly chosen, so that you (Israel’s people) may come to know and believe me (Jehovah) and understand that I am He (“the God of Israel”).

Before me (Jehovah) no other God was formed (authorized; established; given Heaven’s approval), nor will there be any God established (founded; authorized) after me (Jehovah).

I, even,  I (Jehovah) am the Lord and apart from me, there is no Savior.

12. I have revealed…and saved,…and proclaimed.  I, and not some pompous (egotistical; arrogant) “Darling” (superstar; celebrity) from Salt Lake City, who is working with his “Partners In Crime” (accomplices; co-conspirators)  to surround-you (tamper with your testimony;  besetting you with difficulties.; besieging-you; beleaguering-you; encircling-you).

(Israel’s people) are my expert-witnesses!”, declareth the Lord, “that I (Jehovah) am God.  Yes, and I am He (Jehovah) from ancient days.

No one can deliver out of my hand (power). When I (Jehovah) act, who can reverse it?

and I am He (Jehovah),  from ancient days. No one can deliver anyone from my hand (power).

When I (Jehovah) act, who can reverse it?

This is what “The-Lord” (your redeemer; the Holy-One of Israel) says:  “For your (Israel’s) sake, I will extend (expand; grant; offer) my authority (dominion; jurisdiction) to Babylon (Salt Lake’s administration of misrepresentation; confusion and fakery) in order to bring-down (overthrow; remove from office) Salt Lake’s Babylonians (Melchizedek-high-priests of confusion, misrepresentation, and fakery) because they are fugitives (spirits who are hiding, to avoid arrest or persecution), coming forth in vessels (persons regarded as holders and receivers of spiritual-light and intelligence). Each of these religious frauds takes great pride in his clever disguise (camouflage; false-appearance; concealment; trickery; means of altering his appearance and concealing his identity). the Lord, your Holy-One, Israel’s creator…… your King!

Thus saith the Lord (he who led Israel’s people through the Red Sea on a path through the mighty-waters….

and who drew-out Pharoah’s chariots and horses, and his army and reinforcements together, and they lay there, never to rise again…..extinguished, snuffed-out like a wick).

Forget former things: Don’t dwell on what happened in the past.

Watch me,  while I do something new!

I (Jehovah) am making (providing) a-way (a choice; an alternative) that will deliver (take) you out of Salt Lake’s spiritual desert……

…This way (alternative) leads to streams (continuous flows) of “Living-Water” (“the holy spirit”) emerging in the midst of Salt Lake’s religious-wasteland!

20. “Wild-animals” (people who’ve never been cultivated by the hand/power of God) honor me.

(Mormons who perform routine and menial tasks for their leaders; Mormons who serve and collaborate with leaders in the commission of base acts) and owls (men who prefer to hunt in darkness, which includes magic, mystery, and ancient knowledge).

Owls hunt prey in the “lesser-light” of the moon. They love me (Jehovah) because I provide “Living-Water” (“the Spirit of God”) in the desert and it streams (continuously-flows)  from God right in the middle of Salt Lake’s wasteland (“no-man’s-land”; badland)…….

……It gives drink to my (Jehovah’s) people… my chosen….

the very same people whom I (Jehovah) have formed (cultivated; developed; prepared; molded) for myself, so they may proclaim my praise.

(Salt Lake’s dynasty of deceivers) hasn’t called upon me (Jehovah).

Neither have you wearied (exhausted) yourselves in communion with me, O’ Israel. 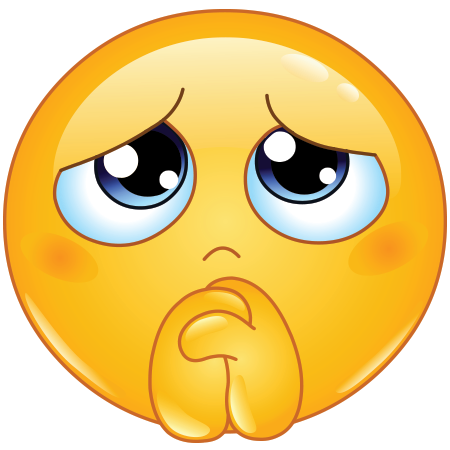 23. You haven’t brought me sheep for burnt offerings, nor have you honored me with sacrifices. I (Jehovah) haven’t burdened (encumbered) you (Israel’s people) with Minkhah’s * (grain-offerings) nor have I fatigued you with demands for incense **

* grain-offerings –The grain offering is described as “the holiest part of the food offerings presented to the Lord” (Leviticus 2:10). Grain offerings would often be presented after a burnt offering, which was an animal sacrifice God required for the atonement of sin. Blood had to be shed for the remission of sins to take place, so a grain offering would not serve the same purpose as a burnt offering. Instead, the purpose of a grain offering was to worship God and acknowledge His provision. The burnt offering, which had strict regulations and could have nothing added to it, aptly represents the fact that we take no part in our atonement for sin. The grain offering, however, could be somewhat “personalized” in its presentation. It was to be given out of a person’s free will, just as our worship is our free-will offering to God today.

* incense – The signification of incense, is the things of worship which are acceptably perceived, such as confessions, adorations, prayers, and the like; and the signification of spices, is the truths of faith which are acceptable because from good; for sweet odors signify what is acceptable, in accordance with their perfumes, and whatever is acceptable is so from good through truths. It is for this reason that by “the incense of spices” is signified the acceptable perception of truth from good. The spices of which this incense was compounded are enumerated, and its preparation is described, in these words:

“Take unto thee spices, stacte, and onycha, and galbanum; sweet spices, and pure frankincense. Thou shalt make them an incense salted, pure, holy. Thou shalt beat some of it very small, and put some of it before the testimony in the tent of meeting; it shall be to you the holy of holies. The incense shall be to thee holy for Jehovah (Exod. 30:34-37).

24. You haven’t brought fragrant calamus (a refreshing scent similar to cinnamon) for me (Jehovah) nor have you lavished the fat (choicest-part) of your sacrifices upon me (Jehovah) either.

(Israel’s people) have burdened-me (weighed me down; encumbered-me) with your sins (mistakes; short-comings) and as a result, because of your offenses, sometimes, you are just plain annoying.

(Jehovah) am He (the God of Israel) who blots out (wipes-away; forgives) your sins (mistakes; offenses; transgressions) for my own sake and I remember them no more.

26. Let’s review (revisit; go over; talk about) your past. Let’s challenge  (mix it up; confront) each other about the matter.

Go ahead….state the case (evidence; proof; claim) for your innocence.

Since the acorn never falls far from the tree,  currently, your current spokesmen (mouthpieces; frontmen; talking-heads; ambassadors; presiding-authorities) don’t really give a tinkers-damn about me and my law, either. 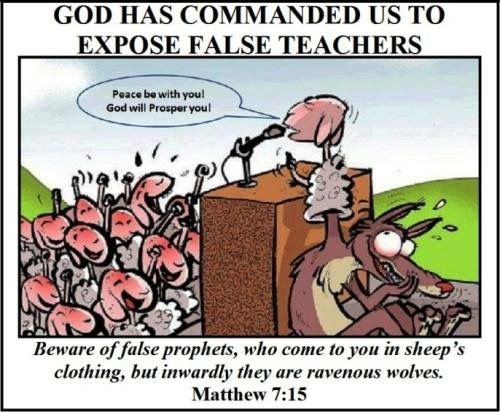 (This is why),  I (Jehovah) am disgracing (discrediting; reproaching; disparaging; dishonoring) the Sodomite (corrupt; unscrupulous; unprincipled) dignitaries (General-Authorities; luminaries; celebrities; VIP’s; big-shots) who are presiding-over your (Salt Lake’s) temple(s).

Consequently, I’m consigning (condemning; sentencing) Jacob (Salt Lake’s disgraceful dynasty of frauds, fakes, phonies, and pretenders) to destruction (extermination; devastation; annihilation) and subjecting those of Israelite people,  who are “aiding and abetting” (encouraging, inciting) Salt Lake Headquarters in the commission of a crime, to scorn.