2. Speak to them (Israel’s people) concerning the heart (aim; purpose) of Jerusalem

(“The greatest Teacher of Peace and Salvation”) and proclaim unto her (Jerusalem) that she has fulfilled (performed) a great teaching service,  in as much as,  this generation of Israel’s people has doubly (two-times; twice) paid-off a debt (performed a duty; assumed a burden; settled an obligation) that they’ve willingly taken upon themselves from the hand of Jehovah, to atone for all of Israel’s former sins (shortcomings; mistakes; failures).

.3.  The voice of “One” (an Israelite) is calling in the wilderness, “Prepare (make ready for use and consideration) the

.4. Every valley (one who is depressed; one who is melancholy)  will be lifted and every Salt Lake mountain (

administration; governing-body) and Salt Lake hill (one who is prominent) shall be  humbled (lowered in dignity or importance), the heart of every defrauder (supplanter; one who deceives and hoodwinks) will be turned (converted) to uprightness (honor; honesty; rectitude) and secret conspiracies will be broken-up and exposed (visible) for everyone to see.

5. The glory of the Lord will be revealeto everyone and all-flesh (the entire human race; all of humanity;

mankind) will see (witness; behold) it together (at the same time; simultaneous)……….

…for the mouth (prophet) of the Lord has spoken (said so)!

7. You see (After all).……grass (“the human-race”) will wither (dry-up)  and flowers will wilt,  because the sun’s hot-wind blows upon them, all the time. Certainly, people can be compared to grass.

They both perish quickly.

They both burn up in the hot sun.

Neither one of them has any idea that he and his kind are just grass!

8. Now then,  (used to preface an important remark or the next step in an argument), ……Even though grass typically withers (dries-up) and flowers droop and fall (become limp thru the loss of water and fall ), the “Word of God” stands (lives; endures) forever. 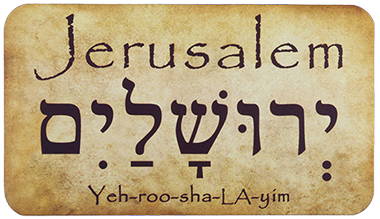 She is proclaiming (announcing;  declaring;   manifesting) unto you (Israel’s people; rank and file Mormons) with a shout (loud call or cry, typically, an expression of a strong emotion) in order to deliver “Good-Tidings” (Breaking News) concerning the authority (jurisdiction; dominion) of Jerusalem (“The greatest Teacher of Peace and Salvation”). 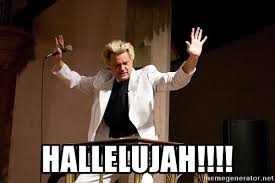 stead of the authority of “Fire and Brimstone preaching” (“Scaring the hell out of people”), the assembly  (fold; people) of Judah, is being told,  “Lo and Behold (a new turn of events, often with the suggestion that although surprising, it could, in fact, have been predicted)……Jehovah… your God! ” 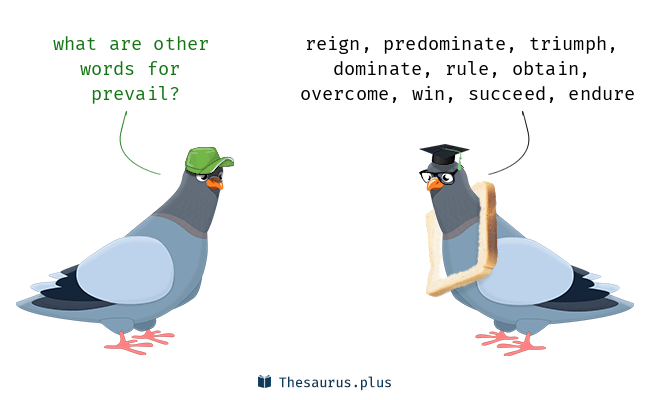 power (sufficient capacity to change the  course of events) in order to prevail (prove more powerful than opposing forces; be victorious).

Jehovah tends his flock as His own children (seed).

He (His Holy Spirit) is  assembling (gathering; bring) his little-lambs together, and ultimately,  to his bosom (security and gentle-intimacy) as if He (Jehovah) is hugging them.

Their gentle leadership is the fulfillment (wrap-up; culmination; cosummation) of Israel’s duty (obligation) to strengthen the security (freedom from danger or threat; certainty; reliability; dependability) of righteous-authority resting upon the shoulders of Israelites who do the following …………

(2) stretch  (expand; enlarge; reach-out; extend) the heavens by spreading  their fingers (touch; influence; effect) as a means to equalize (bring things into harmony or proportion), things, then….

level (demolish; destroy) the Ruling-Hierarchy of the Melchizedek Priesthood Organization because it promotes (advances; elevates; aggrandizes) the enoblement (exaltation; deification) of the “dust” (particular-filth) that covers every one of Mormonism’s Melchizedek High Priests,  then…..

(3) weigh (determine; measure) the moral-character (identity; nature) of Salt Lake’s mountain (administration; governing-body; Melchizedek Priesthood Organization) and all the hills (prominent-high-priests) trying to secure (get their hands on) more and more authority by prostituting (trading; exchanging; selling) their souls, in the process of acquiring social-popularity and financial gain.

13.  Israel’s shepherds (prophets) betoken (“are a sign of”; symbolize; reflect; mirror; portend) the 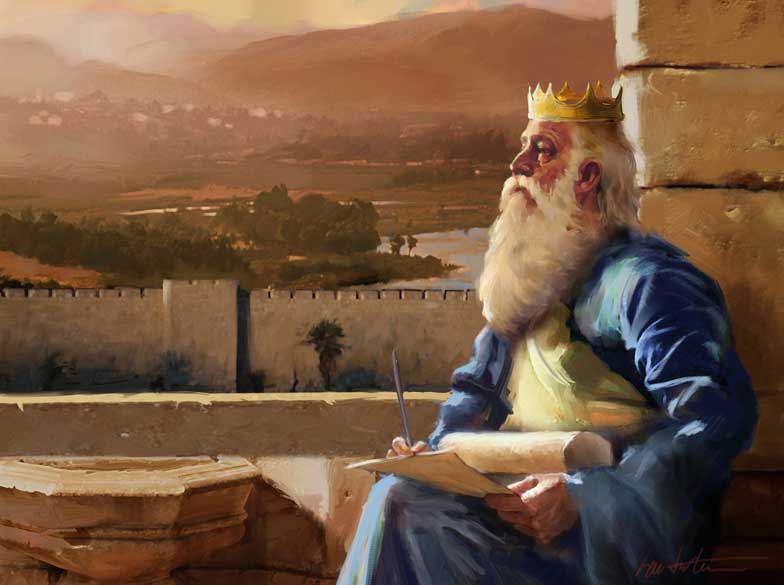 Indeed (if truth be told),  anyone who bears (holds; possesses) Jehovah’s ancestral (inborn; hereditary) authority knows-about (foresees; expects; anticipates; is aware of; is acquainted with) the importance of this generation of Israel’s people. 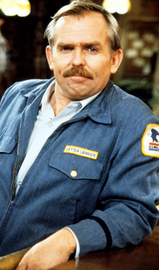 Keep-in-mind (notice; distinguish; be aware: recognize) that Salt Lake’s High-priests are a bunch of  “pricks” (men who are worse than douches and jerks combined.

“Pricks” are guys who think they know everything,  but in reality they’re not only incredibly-stupid, but they are “hypocrites” (frauds who profess beliefs and opinions that they do-not actually hold), as well.

These guys love to create (generate; produce) drama (a stage-show;  theater), then act as if they have nothing to do with the drama. Often-times, a “prick” is named “Cliff”.

Pricks are “small-minded” (bigotted; petty; prejudiced; selfish) men,  whom are trying to build their own  dynasty (lineage of hereditary rulers) so they seek-first to promote (advance; increase; further) their own stature (celebrity; importance; prominence; distinction; prestige) by rubbing-shoulders (mingling; mixing-socially, especially with those of higher social status; hobnobbing) with Judges (men who rule in cases of dispute  and wrong-doing; Melchizedek Bishops, Stake Presidents and high- 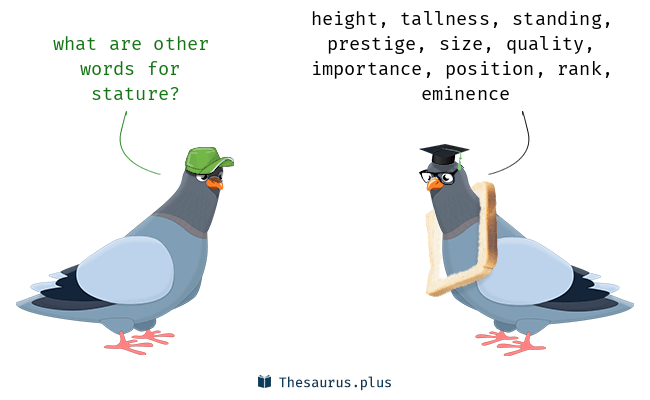 (b) their own knowledge (facts; information; their theoretical understanding of authority),

their own intelligence (understanding). And “Pricks” (jerks; assholes; jackasses; twits) like  these, are exactly (precisely) the kind of men that Salt Lake selects (calls; chooses) to indoctrinate (mold; condition; re-educate; “brainwash”; proselytize) this (our) generation.

15. If truth be told, ……….Salt Lake’s presiding authorities  think (believe) that gentiles * (non-Mormons; “The Nations; ethnic-groups; outsiders) amount to nothing but “drops in the bucket” (small-potatoes; spit in the ocean; chump-change).

As far as they (Salt Lake’s presiding authorities) are concerned,  Gentiles are worthless flecks of  “dust” (“airborne” waste-matter)  that accumulate (build-up; accumulate)  on the scale, but aren’t, by themselves,  worth measuring.

* Gentiles (from Latin “gentilis”, by the French “gentil”, feminine: gentille, meaning: someone of or belonging to a clan or a tribe is an “ethnonym” 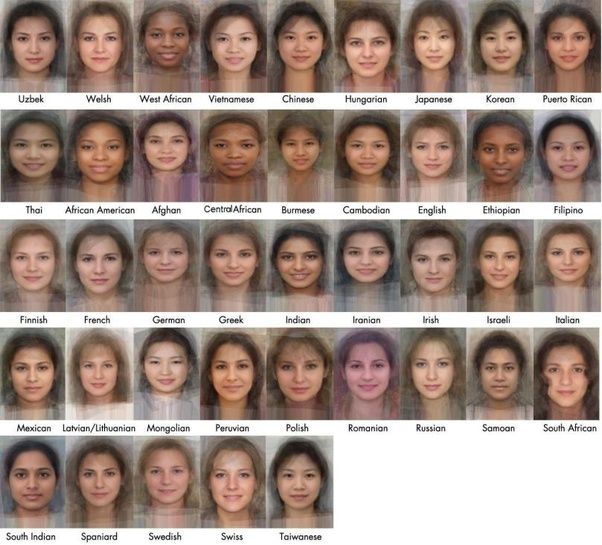 that commonly means non-Jew. Other groups that claim Israelite/ Ishmaelite (Abrahamic) heritage sometimes use the term to describe “Outsiders”.

The term is used by English translators for the Hebrew גוי‬ (goy) and נכרי‬ (nokhri), which means “foreigner”; “stranger” or “alien” or “someone not “of” or “like” our kind” in the Hebrew Bible and the Greek word ἔθνη (ethnos) in the New Testament. The term “gentile” is derived from Latin, used for contextual translation, and not an original Hebrew or Greek word from the Bible. The original words “goy” and “ethnos” refer to “peoples” or “nations” and are applied to both Israelites and non-Israelites in the Bible. However, in most biblical uses, it denotes nations that are “politically distinct from Israel”. Since most of the nations at the time of the Bible were “heathens”, goy or gentile became synonymous with heathen (“unbeliever”), although their literal translations are distinct. The term gentile thus became identical to the later term “Ummot ha-Olam” (“nations of the world”). Latin and later English translators selectively used the term “gentiles” when the context for the base term “peoples” or “nations” referred to non-Israelite peoples or “nations” in English translations of the Bible. In Mormon contexts,  “Gentiles” refers to people who are not members of The Church Of Jesus Christ Of Latter-Day-Saints. “Faces of Ethnicity”  (photo right) The Torah exhibits a passionate intolerance of gentile nations because historically many gentile nations practiced idolatry and immoralities that are connected to such practice. It alleges that these nation’s (gentile’s) barbarism would “contaminate” the Hebrews.

Lebanon (Salt Lake’s distinguished society of old and venerated bloodlines) is so morally-inadequate that all of them put together (collectively) are still not sufficient for the altar-fires necessary to atone for the capital-crimes (sins that warrant the death penalty) Salt Lake has caused others to commit, nor does the sum-total (totality; entirety; aggregation) of Salt Lake’s behemoths (powerful-high-priests) possess anything-even-close to the “goodness” (morality; virtue) required to serve as a burnt-offering (sacrifice) in behalf of (to atone for; for the benefit of) themselves or anyone else.

Before Him (Jehovah),  “The-Nations” (non-Israelites; Gentiles) amount to nothing.

They are regarded as worthless (having no real value or use) to Him (Jehovah) so He (Jehovah) has been “Flipping-The-Bird” to them, for quite some time, now.

Who (what morally-bankrupt Salt Lake General Authority) then , do you presume to compare (estimate, measure, or note the similarity) to God?

As for (on the subject of; with regard to) Salt Lake’s idols (icons; celebrities; heroes)….

Because,  in a spiritual-sense, Salt Lake presiding priesthood authorities are so incredibly poor (impoverished), that they believe that “it’s just beneath their dignity” (“they’re just too damned important”) to  present (introduce) themselve,  merely,  as sin-offerings (sacrifices).

The only alternative for them, is to offer a sacrifice made of wood (often of Israelite-Cyress or Israelite-Cedar) that is famous (celebrated; recognized; honored) for not rotting (decaying;  crumbling).

They look-for (search-for; need) a highly-skilled (talented; able; experienced; successful; accomplished) craftsman (“Public-Relations Expert”) who knows how to set-up (inaugurate; establish; introduce) a contrived (deliberately created rather than arising naturally and spontaneously)  image as more than just a new General Authority, but also as “A Mormon-Idol” (icon; celebrity; hero) who is virtually (for all intents and purposes) impossible to topple (oust; overthrow; depose; unseat).

22. He (Jehovah) sits (reigns; remains; dwells) enthroned way-above this (our)  sphere (scope; jurisdiction; dominion; precinct; realm; domain of influence) of existence.  To Him, the Earth’s  people are like grasshoppers. He (Jehovah) stretches-out (increases the influence of; expands; extends) “The-Heavens” (Israelites with whom God and His spirit feel perfectly “at-home”) like a “canopy” (unbrella) of clouds to protect the “Family of Adam” (Human-race; humanity; mankind) and spreads the cloud-cover over them in such a way as to provide a gentle and loving tent (sphere of existence and field of interaction  which has a direct-effect upon ones destiny) in which The Family of Adam has the opportunity to live.

He (Jehovah) is bringing Salt Lake’s secret (“skeleton-in-the-closet”; wrongdoing; misconduct; scandal) out into the open so it’s no longer concealed and the whole world can see (recognize; perceive; understand; identify; be aware of) it for what it is.

He (Jehovah) is reducing the religious-rulers of this world to “Nothing”(oblivion; non-existence; diddly-squat).

As soon as they take-root in the ground , His (Jehovah’s ) holy-spirit (wind; breath) will blow upon on them and they will wither, then a whirlwind will sweep them up and away like chaff (rubbish).

“To whom will you compare Me (Jehovah). Who is my equal?” asks “The-Holy-One”.

QUESTION: Who created all of these heavenly individuals?

ANSWER: He (the Israelite-God) who brings-out (introduces; presents) the starry (celestial; stellar; luminous) host (array; multitude) one person at a time.

He (Jehovah) calls (commissions; appoints; grants powers and authority)  to them, by name.

Because of His (Jehovah’s) great power (capacity; ability; competence) and mighty strength (clout; influence; sway) not a single one of Israel’s leaders is missing.

How can you continue to think (suppose; imagine)  within your bellies O’ Jacob (ye house of frauds; swindlers and cheats), and complain (express dissatisfaction ) O’ Israel (“ye who are upright in the eyes of God”).

Some Israelites think (believe; suppose) that every dirty; corrupt) deeds (procedure) that has been exemplified by Salt Lake’s presiding priesthood leaders and promoted by Salt Lake Headquarters is cleverly hidden from “The-Lord” (Jehovah). Some Israelites are saying, “My case (circumstance; crisis; problem) doesn’t seem to be very important to God”. 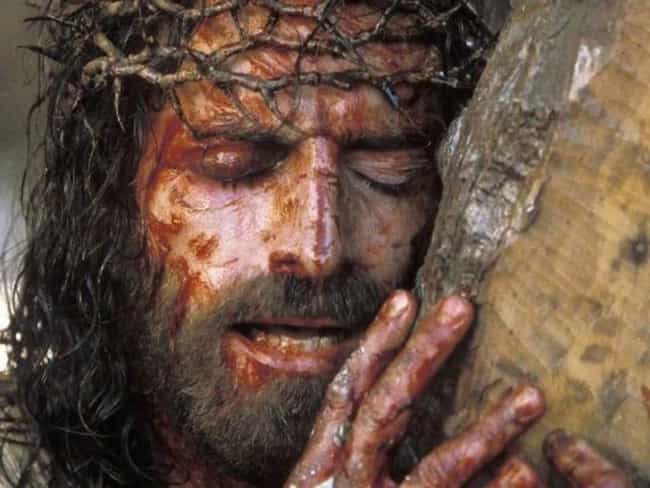 Don’t you know?   Haven’t you heard?  “The-Lord” (Jehovah) is the “one and only” Everlasting (neverending; eternal; endless) God. He (Jehovah) is the Creator (author; designer; maker) of the ends (boundaries; confines; limitations)  of this Earth.

He (Jehovah) gives strength “to” those who are weary and increases the power (capacity; influence) of those who think they are weak.

But, those who place their hope (longing; dream; confidence) in “The-Lord” (Jehovah) will see their strength renewed.  They will soar on wings like eagles. They’ll be able to run and not become weary.

They will walk and not become faint (lethargic; unenthusiastic; dizzy).