(smokescreen; “cover-up”; holy underwear;  pretext) of Authority” that we and our wives are commanded to “wear” (be clothed in) at all times (24/7).

“So, Here’s the thing” (there’s a problem)… We want your (Israel’s)  name (authority; dominion; jurisdiction) to be associated with every single thing that we do or say.

This will take-away (remove; “get rid of”; eliminate) the shameful reproach (disgrace; discredit) that has for so long  been linked (imputed) to our (Salt Lake’s) family (bloodline; lineage; dynasty; line of hereditary rulers).

The Tzemach (branch) of the Lord ,  but also my chief-administrators (top-agents legally appointed to be managers and distributors) of Jehovah’s  “Glory” (fame; exaltation).  They are the culmination (fruit) of Jehovah’s labors (efforts; endeavors) to:

(a) point-out (call attention to) the arrogance (pomp; pride) characterized by this-Earth” (“this temporary sphere of existence, that provides sufficient time and opportunity to transform our men’s natural inclinations into unbreakable habits based on instinct) and……

(b) transfer (pass the possession of)  the “Tiphereth” (“crown”; headdress worn by  a monarch; glory; honor; majesty) to the survivors (remnant) of Israel.

* “Branch” – Tzemach in Hebrew, means: “Daughter”; “Scion”, “Twig” or “Sprout”; “shoot”.  In a concrete horticultural sense, it refers to a sucker (shoot that originates from buds on the root systems, that can grow into new full size trees genetically identical to the parent). “Branch” (Tzemach) means  “New (fresh) Life”  that sprouts, grows,  and develops as a continuation (successor) of the original tree-stock. 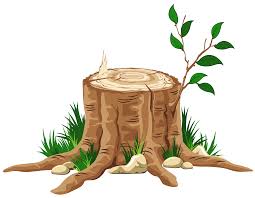 Isaiah uses Tzemach as a metaphor, referring to new (fresh) growth (development) originating from Israel’s family-tree (pedigree; lineage; bloodline; dynasty; line of hereditary rulers). Genetically identical to the parent tree,  it has sprung-forth, out of the base (trunk; main-stem; body; core; stock) of the “felled” (cut-down; fallen; stricken; prostrated) and root system of  the family-tree (pedigree;  bloodline;  lineage, dynasty; line of hereditary-rulers) of Israel’s leading clan, Judah (“Praise and giving-thanks”). It has sprouted, is maturing and will soon produce branches (daughters) of its own. “As one person dies, another person is born upon the earth” (Job 8:19). This metaphor asserts that generations of men can be compared to leaves sprouting forth on trees: “one dies and another leaf sprouts”. The substance (essence) of Tzemach is “something that sprouts and grows”, i.e. “new-growth”. According to Jeremiah and Zechariah, Tzemach is a “Messianic-Title”.  (Jeremiah 23:5) states that Jehovah will raise-up  a Tzemach-Saddiq (righteous-branch) as successors of the throne of David, i.e. a Tzemach-Saddiq (righteous-branch) is coming–forth to reign as the legitimate monarch’s of Israel’s people in order to execute justice and righteousness.

Tzemach-Saddiq appears in a 3rd-century Phoenician inscription, and it denotes a “mature-sprouts” or “legitimate heirs”. The reference is to legitimate rulers belonging to the Dynasty (family; line of hereditary rulers) of King David.

3. The Remnant *of Israel dwells (resides; lives; thrives; survives) in the midst

of “Zion” ** (those who’ve spent 40+ years wandering aimlessly in disfavor, searching for “Living Water”, i.e. “the Spirit of God”).

And……The “Remnant of Israel” is pointing (directing attention) to this (our) extraordinary  (remarkable; very-unusual) generation to safeguard (protect) legitimate-authority.  The protection of legitimate-authority begins (starts; commences) with saints (Holy-Ones; Angels) who are characterized (identified; defined; shaped; distinguished) by Jerusalem (“teachings of Peace and Salvation”) ……

* Remnant – “leftovers”; “what’s left” – This concrete meaning is used in connection with disasters, for example, floods, famines, and war, which force a family (house; bloodline; lineage; dynasty; line of hereditary rulers) or larger group of people to the edge of their existence. A clear theological meaning attaches to this notion of “that which remains or is left behind” when it refers to a group of in a biblical context since such contexts also involve questions of the continuity of tradition or, even more importantly, of legitimate authority and identity in reference to membership in a community.

“A Believing Minority” – the rescue of a “faithful remnant” can also be viewed as a principle of divine action toward human communities, something clearly emerging in the Flood-Narrative (Gen. 6-9) with its ancient Near-East background.  Here, the survival of Noah’s family during a global catastrophe demonstrates the principle of rescue from divine judgment. Once the political and sociological weight of the claim to the status of remnant acquired central significance in the religious life of the Jews, earlier narrative traditions were then interpreted in light of this development.

.** Zion – (Hebrew: צִיּוֹן‎ Ṣîyōn, modern Tsiyyon; also transliterated Sion, Sayon, Syon, Tzion, Tsion) is a synonym for “New Jerusalem” as well as for the biblical Land of Israel as a whole. To be Precise,  “Zion” is the appellation (nickname) for Israelites who’ve spent 40+ years wandering in an aimless way, suffering social-disfavor, while searching for “Living Water”, i.e. “the Spirit of God”)

4.  Lo and Behold (a new turn of events, often with the suggestion that although surprising, it was prophesied)…the Lord, God of Israel is washing-away (cleansing; purging) the pollution (filth) from all the daughters (“branches”) of Israel’s  family-tree) that remain  (continue; identify) with Zion’s (Jerusalem’s)  “teachers of Peace and Salvation” and He is cleansing (disinfecting; purging; removing) the blood (“bloodguilt; bloodshed; violence; deceit;  treachery iniquity; shame) that threatens to overthrow (destroy; put an end to) Jerusalem (“teachers Peace and Salvation”).

5.  Jehovah will form (create) a cloud-like mist (foggy-obscurity) to drape (cover; conceal) the whole (entirety) of Mount (the administration of) “Zion”.

and everyone appointed (called) to Zion’s holy assembly………

……But smoke and poisonous fumes from burning flames will hang (loom; brew; gather) over everyone who’s responsible for twisting (perverting; turning; luring; enticing) Israel’s people away from light (truth; validity; plain-talk; reality;  integrity; divine revelation).  Yea, above (over) every soul, a canopy of one sort or another, will cover (envelop)

them. Whatever the canopy may be,  it represents (characterizes) the glory (honor; distinction), to which they are entitled.

6. The misty-canopy will provide a shade and a refuge for Israel’s people from the “Storm” (maelstrom; controversy) swirling around them,  as well as a hiding place from wicked-men (General Authorities) of Salt Lake  who would draw (drag; suck) them into the “War-of-Words“(debate; contest; firestorm; raging-controversy) that has embroiled (thrown into disorder and confusion)  Salt Lake’s Melchizedek Priesthood leadership along with the rank and file membership of the Mormon church. The misty canopy overhead will provide Israel’s people a refuge (safe-haven) from the Salt Lake’s maniacal (demonic) General Authorities who’ve taken-over (commandeered; seized; arrogated) Israel’s throne  (dominion; sovereignty; reign; seat of command) and rule like Pharaohs (oppressive-taskmasters) over Israel’s People from Church headquarters in Salt Lake City.

Thank God that Israel’s people need not be sucked into the Salt Lake’s bitter-maelstrom (vortex; gulf; whirlpool) of controversy.