In our day and age (generation; era)  Merodach  (“rebellion”) is the bastard child (love-child)  of Baladan (idol worship; idolatry; hero-worship) and Baladan (“hereo-worship”) is the undisputed ruler of  Babylon (“confusion; misrepresentation”; puzzlement; bewilderment; perplexity). Baladan sent (commissioned; appointed) a bunch of his  “bean-counters” (accountants) unto Hezekiah (“One who embraces Jehovah”). They were sent to offer Hezekiah a  bribe (pay-off; kickback; hush-money) because they heard rumors that Hezekiah had been ill,  but had miraculously recovered.

2. Hezekiah (“One who embraces Jehovah”) felt so pleased (flattered; appreciative;  grateful) toward the envoys of Babylon (confusion; misrepresentation) that he made the mistake of showing (giving a tour; displaying; showing-off) to them everything in his storehouse (repository or source of abundant supplies, as of facts or knowledge)  and of course, his silver (money;  assets) and his  gold (“Worth”) and especially the fragrance (“Sweet-Odour”) of them.

particular, he showed them his oil (“holy-anointing-to-do-good”)  and, all of Israel’s family (dynastic) arms (crests; emblems; coats-of-arms; insignia’s; shields; heraldries) of this (our) Israelite generation and had in fact,  everything that this Israelite generation had attained (acquired; achieved; gained possession of; taken hold of) that were among this (our) generation’s treasures. If truth be told, there was not a single thing among all of Israel’s treasures or in all of  Israel’s kingdom that Hezekiah (“One who embraces God”) did not reveal to the envoys of Babylon’s  (confusion’s; misrepresentation’s) royal-reign.  Bad move…………

3. But, Isaiah (Deliverance thru Jehovah) was authorized (empowered) to act 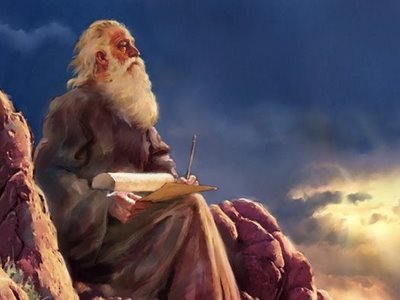 (function; serve) as a prophet (divine messenger) unto king (the undisputed reign) of Hezekiah (“One who embraces God”).

4. And, Isaiah asked, “Wait a minute…….“Back-up the truck” (say-what?; let’s review what you just said) ……..Exactly what did you let (allow) the envoys of Babylon (confusion; misrepresentation) “see” (view; behold; observe) in

Hezekiah (“One who embraces God”) replied as his eyes filled with tears….

“I showed them everything that is in our  House. In fact, there is nothing among the treasures of our house that I did not shown to them.”

5. Then Isaiah (“Deliverance thru Jehovah”) said unto Hezekiah (“One who embraces God”)

6.  Lo and behold (a new turn of events, often with the suggestion that although

surprising, it could, in fact, have been predicted)…….,

“Soon……… everything that belongs in your house (family; lineage; bloodline dynasty; line of hereditary rulers),  which your ancestors have worked so hard for and stored-up  until now, will be carried off by Babylon (confusion; misrepresentation) until nothing is left!”, saith the Lord.

7. And because the descendants of Salt Lake’s pioneer ancestors have become so obscenely prosperous (successful, ) that they have sought to get rid of you (Israel’s people) so they may be recognized (identified; acknowledged) as bearers of God’s a

uthority (jurisdiction; dominion) that you (Israel’s people) initially   introduced to the world.

Salt Lake’s Illegitimate High-priests will embezzle that authority away from you, but by so doing, they will become a generation of eunuchs (ineffectual-men; castrated-males) hiding-out in the royal-residence  (court) of the King (supreme-rule) of Babylon (confusion; misrepresentation; bewilderment; puzzlement).

“Word of the Lord” that you (Isaiah) have spoken is……… Very-Good!”, then he thought to himself, “There will be peace and security in my lifetime!”