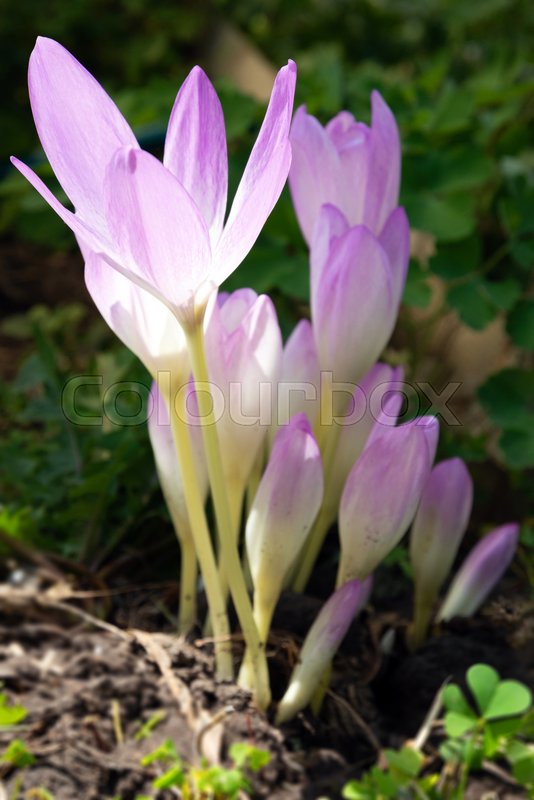 Those  among Israel’s People, who’ve been deserted (abandoned; forsaken; betrayed)  will become glad and those among Israel’s people who are parched (dying for; extremely-thirsty; longing for) a drink of “Living-Water” will satisfy their thirst.

* meadow saffron-Meadow saffron contains the poison colchicine (note the scientific name Colchicum) and reports of people dying after mistaking it for wild garlic occur to this day.  It is also known as the “Autumn crocus”, a name it shares with the somewhat similar looking Crocus nudiflorus. However unlike its namesake it is not actually a crocus nor is it a recent visitor to our shores – meadow saffron is actually a native British bloom.

2. These parched and deserted Israelites  will burst into bloom and rejoice greatly and shout for joy. The glory of Lebanon will be imputed (credited; assigned; ascribed; given) to them.

They will be seen (viewed; regarded; esteemed) as the splendor of Carmel (“the Lord’s Vineyard”) and heads (captains; rulers; governors; stewards) who are  securing (safeguarding; protecting; making-safe; defending) this (our) generation………which is “The Glory Of The Lord”………even, a breed (stock; strain; royal-bloodline; lineage; pedigree) o

f people who have power to curse (damn; jinx; hex; invoke a curse against) those who seek to overthrow (removal from power; a defeat; downfall) this (our)  latter-day Israelite generation (contemporaries; peers; fellows).

3. You (Israel’s people) must recover (retrieve; recoup; reclaim; redeem; rescue; save; redeem) the powers bestowed upon them.  Some of them are feeble (tired; worn out; worn-down; lacking physical strength, especially as a result of age or illness) so you must steady the knees * (ability to 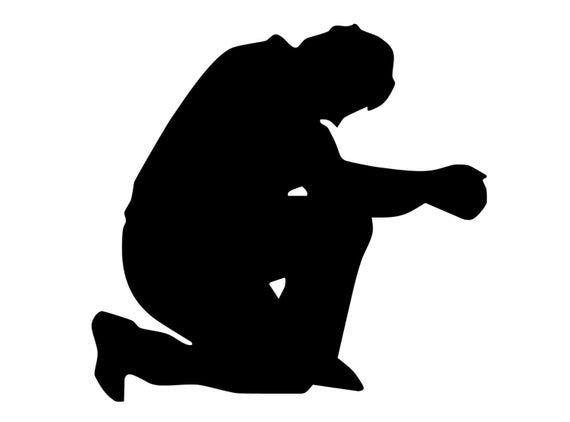 “accept” and “fully-understand” spiritual knowledge) of those who are “on the brink” (at the critical point; at the crucial point) of  giving-up (losing-hope; surrendering; losing-faith) and relinquishing (sacrificing) their honor and integrity in exchange for the form-of  (image-of; representation of;  appearance of) “Security and Protection”,  that lacks any real substance.  Fantastic (illusionary; imaginary; “make believe”)  security and protection is the ONLY kind (sort) of “Security and Protection” that Salt Lake’s Presiding Priesthood Organization CAN/WILL ever promise and deliver.

*knees–the knee is where we assimilate knowledge/learning from/on an energetic/spiritual level. This is why we kneel when receiving most things (or used to) from healing to prayer (asking to receive something) or even when we’re being “knighted” in the old sense, one kneels to receive these accolades. It’s an interesting viewpoint. I remember CH talking about kneeling and the knees (she and I are very similar and had a lot of similar maladies) and saying it was also said that the kneeling position is a very healing one, and there are some out there who theorize that if we just crawl/kneel we can heal most things.

4. You (Israel’s people) must say unto this (our) a generation of people that is fearful (feeling afraid; showing fear or anxiety) in their hearts,

“You must reveal your inherent strength and courage,  in order to to prevail over Salt Lake’s counterfeit prophets, seers and, revelators. Theirs is a scheme to trivialize the very Israelite seers and Sages, * who are currently emerging from among this generation”.

Behold (observe something astounding)……the vengeance (punishment inflicted or retribution exacted for an injury or wrong) initiated by Jehovah (the God of all of Israel’s people; the God of rank and file Mormons; the God of the human race),  is here. The retribution of Jehovah, himself, has arrived in order to save (rescue; deliver) all of you.

* Sages–(ancient Greek: σοφός, Sophos; origin of the name Sophia) A sage,  in classical philosophy, is someone who has attained the wisdom which a philosopher seeks. The first to make this distinction is Plato, through the character of Socrates, within the Symposium. While analyzing the concept of love, Socrates concludes Love is that which lacks the object it seeks. Therefore, the philosopher (Ancient Greek: φιλόσοφος, meaning “Lover of Wisdom”) does not have the wisdom sought, while the sage, on the other hand, does not have to seek wisdom, for a “Sage” already possesses it. Socrates then examines the two categories of persons who do not partake in philosophy:

(a) Gods and sages, because they are inherently wise.

(b) Senseless people, because they already think they are wise.

The position of the philosopher is between these two groups. The philosopher is not wise, but possesses the self-awareness to recognize his lack of wisdom, and thus pursues it.  Alternatively, the sage is one who lives “according to an ideal which transcends the mundane.” Plato is also the first to develop this notion of the sage in various works. Within The Republic, Plato indicates that when a friend of a sage dies, the sage “doesn’t think that death is a bad thing…..for a good man”.   In the Theaetetus, Plato defines the sage as one who becomes “righteous and holy and wise.”

5. Then (finally), the eyes (perception) of “The-blind” (The stubborn; rigid-thinkers;  who are unable to see) will be

opened and the ears (capacity to ponder, weigh and evaluate) will be unstopped (freed of obstruction) . of those who’ve dutifully  remained silent (acted as if they are deaf and dumb) even though they’ve witnessed a multitude of Melchizedek Priesthood crimes over the years.

6. Finally, those who, in the past, have been conflicted (confused; uncertain; undecided) will take a “Leap-Of-Faith” (belief in something that looks uncertain) in order to 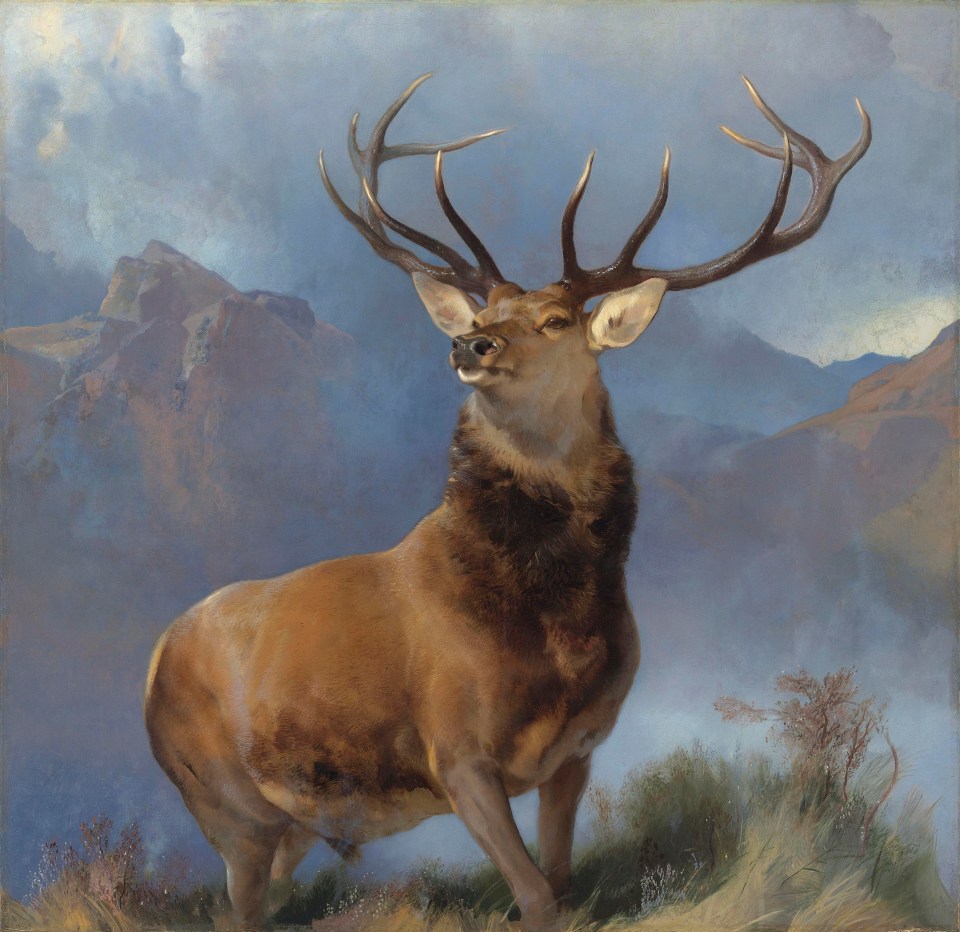 fire (dismiss; discharge; give notice to;  get rid of)  Salt Lake’s Stags. *

Then,  the tongues (testimonies)  of the mute   (those who’ve not opening their mouths; those who have been frightened into silence) will shout for joy.

Indeed (if truth be told) this generation must (will)  open-up (reveal; make-available)  “Living-Waters”  throughout the wilderness (an uncultivated, uninhabitable, and inhospitable Mormon church).

.* Stags–  Stags are adult male deer…..frequently, “American Elk”. It also refers to species of deer famous for its “Antlers” (large array of horns, i.e. “keren”) Coincidently,  the Hebrew term horn (keren;  antler) almost always represents power  (leadership and authority among a herd which is led by one dominant male). In the context of Isaiah’s Criminal-Indictment,  “Stags” refers to mature Melchizedek Priesthood High-Priests. A Stag (Melchizedek high-priest) presides over a group of female-partners (mates; wives), children, any and all available subordinate Melchizedek high-priests.  The stag is the king of the entire domain and is supposed to be the protector of all other creatures. For the native tribes of North America, the deer was a messenger, an animal of power, and a totem representing sensitivity, intuition, and gentleness. Some groups would entrust the hunt to the deer, which was also associated with fertility.

7. The mirages (optical-illusions; hallucinations; phantasmagoria) luring Israelites into  Salt Lake’s badlands (no-man’s-land; wasteland) turn out to be marshes (pools of corrupt water; bogs; swamps; quagmires) from which,  Israel’s people and the ones they love,  can hardly escape.

But, those who have a thirst (eagerly-desire) to secure (defend; safeguard; shield)  this Israelite generation will “turn-out” (emerge; come-across; become apparent; come to light) as fountains (sources; springs; founts) of “Living-Water” (God’s Holy Spirit), “Smack-Dab” (squarely; precisely) in the middle of the latter-day lair (hideout; habitat; hideaway; den; sanctuary) of “The Great Serpent” (Satan; Lucifer; the Monster of Salt Lake City) who lies in wait in the grass (, i.e. “like a snake in the Grass”) with the primary objective of snatching (capturing) unsuspecting Israelites by means of Salt Lake’s mouth (prophet) and swallowing (consuming; devouring) them, whole,  so that they can get possession of Israel’s  birthright, then spit Israel’s people out, in the end (when all is said and done) .

8. There is, in fact,  a “High-Way” (better way; right way; heavenly-way). It is surprisingly narrow but very much a typical woodland footpath called (known) by Israel’s people as “Way- 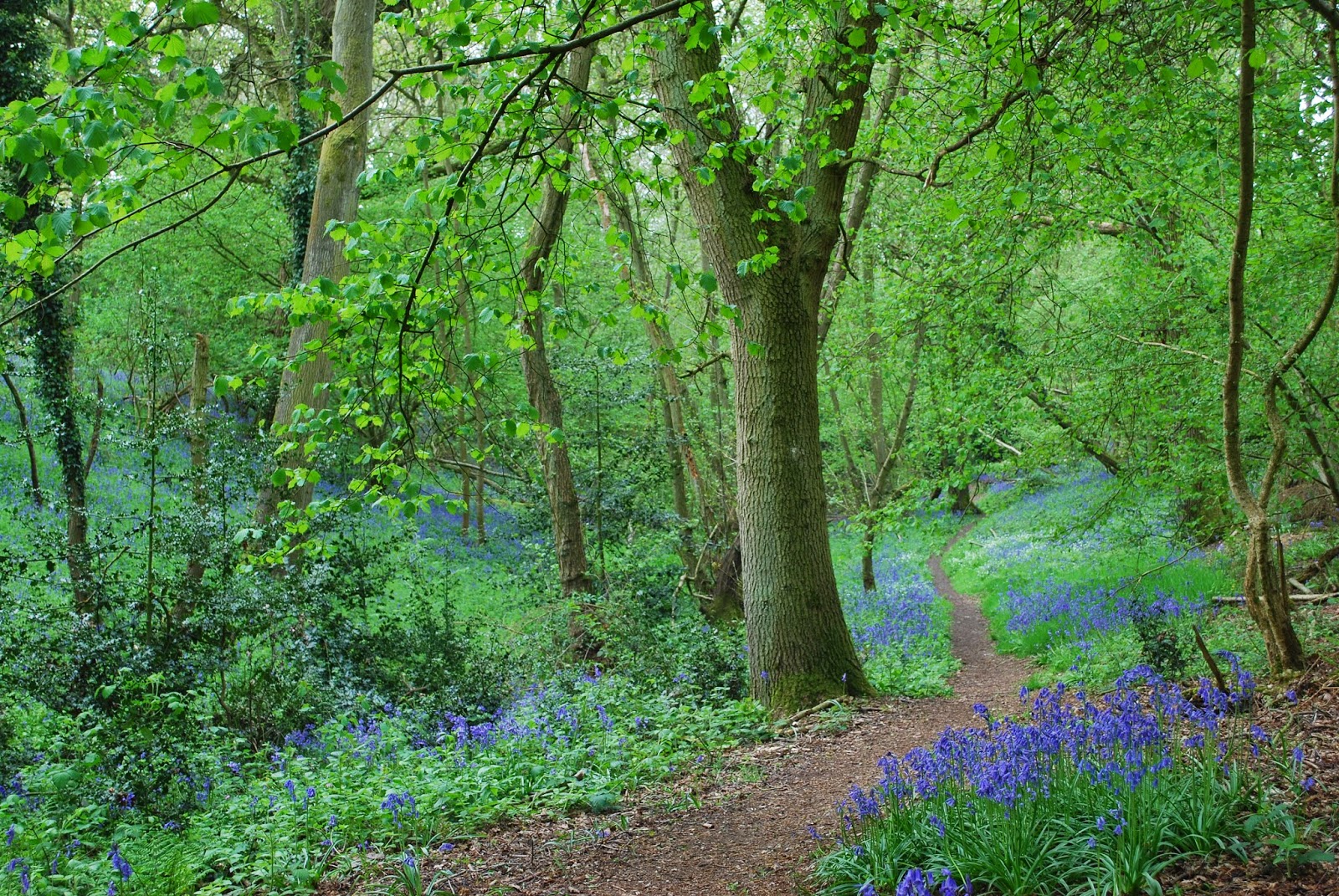 More and more, Israelites who’ve been ransomed (delivered) by Jehovah, himself,  will come-to (enter; arrive at; abide-in;  attain-to) Zion (Jehovah’s Millenial Kingdom) with singing and everlasting joy over (concerning; about) our “Head” (our Father; “Jesus Christ”; our God and our Savior). Gladness and joy will overtake Israel’s people so,  all of their sorrow and sighing will flee.