Judgment Against The Nations

Let the people of the Earth and everyone who is governed by it, as well as this world (temporal-existence) and all that comes out of (is inspired by; is generated by) it.

The Lord (Jehovah) is angry (pissed-off; ticked-off) at all of The Nations (gentiles; non-Israelites).

The Rocky-Mountains are terribly-defiled (profaned; execrated; cursed) by the shedding (pouring out of; emptying) of Israel’s blood (vitality; vital essence; life)

All the stars (celebrities; heroes; icons) of Salt Lake’s Heavenly universe (creation) are being dissolved (discontinued; annulled; discharged) even as we speak.

Their sky (heavenly aspirations) are rolled-up (“given the deep six”; destroyed; “ruined”) because of  Isaiah’s scroll (book; criminal-indictment).

My sword (“penetrating word of truth”) is more powerful than Salt Lake’s fanciful-version of Heaven and Salvation.

Watch,  while I (Jehovah) fall upon Edom (descendants of Esau; “people who have traded their hereditary-birthright from Abraham for one-lousy-bowl of Salt Lake’s lentil-soup”).

They are all descendants (people in line in the ancestry; offspring) of a breed (race; species; family; kind; class) of beings whose conscience, character and integrity is virtually non-existent.

The sword (truth) of The Lord (Jehovah) is bathed (set-established; baptized) in blood (“Israel’s vitality”; “Israel’s life”; “the-soul”; Israel’s vital-essense) and it is covered (protected; enveloped ) by fat (an-anointing) that comes from (is inherited from; is passed down from) their  anointed (divinely-ordained) bloodlines (antecedents; forefathers; ancestors) and from the kidneys (souls; minds) of by-gone-Israelite Rams (chiefs; Israel’s mighty-men; Israel’s Oaks, i.e. Israel’s greatest lineages (houses; families; bloodlines of hereditary rulers).

For (because) Jehovah has in mind (has decided upon) a sacrifice (loss; immolation; atonement; reparation; penance; offering) made by (offered by) presiding-priesthood-Authorities living comfortably with in Bozrah (Salt Lake’s sheep-fold; Salt Lake’s fortified-enclosure). There will be great slaughter within Edom (“desendants of Esau”; “those who eagerly trade their hereditary birthright from Abrahan for one lousy bowl of Salt Lake’s lentil soup”).

The Lord (Jehovah) has set-aside (established; organized; instituted; inaugurated) our day (our-time; our generation) to carry-out vengeance (pay-back; punishment; revenge) against Salt Lake’s blatant-wickedness  and a season (period of time;  era) for retribution (penalty; doom; retaliation; “an eye for an eye”; reckoning) in order to uphold (champion; vindicate; endorse; support; defend) Zion’s cause (principle; basis for legal action)  that, because of a deep commitment, Israel’s people are prepared to defend or advocate.

The stream (continuous-flow) of “lies” (false teaching; fairy tales) coming from Salt Lake’s Edomite leadership is quickly turning into pitch (asphalt that gets sticky and gummy) in sunlight.

Israel’s people get their feet stuck in it, all the time.  Salt Lake’s dust (ashes; remains) are liable (likely; inclined)  to ignite (turn) into burning-sulphur (brimstone). Salt Lake’s land (society; community; realm) has become a blazing pit of pitch (sticky-asphalt).

11. Pelicans (“predators”, who vomit-up and regurgitate semi-digested food for their chicks to eat) and “Bitterns” (highly-secretive predators, who can alter their appearance, at will)

Its Darkness (sorcery; Black Magic; curse) is spreading (escalating; promoting) chaos   (complete-disorder; confusion) and its deadly noose ( measuring-line; cord; rope; standard for judgment; rules and regulations) has been slowly tightened around the neck (“relationship with God; communion with God) enjoyed by Israel’s people worldwide,  and its plumb-line (weight of the balance; standard by which to measure everything) of desolation virtually guarantees…………

12. ………….the termination (end; death; discontinuance) of real (actual; true; “Honest to Goodness”)  “revelation” (revelatory-visions)  from Jehovah, so that

These Laughing (contemptuous) hyenas (nasty Salt Lake scavengers) meet (come-together; concur) with each other and they meet with their goats (lecherous old male) buddies.

Their chief concern is always for their own selves (families) and the satisfaction of their personal-carnal-appetites.   They bleat (make their characteristic cry; summon; call) from time to time only (merely; just) to name (designate; commission) those who enjoy Salt Lake’s wink (nod; sly signal; approval; secret-knowledge).

Salt Lake’s “wink” (approval) is sought- after and prised among the Lilith’s (night-specters; creatures of the night; unprincipled-men) of this world….

They are enjoying (celebrating),  what they see (estimate; perceive; regard) as a justified (merited; long-anticipated; much-deserved) rest (Sabbath; relaxation; holiday).

Arrow snakes (who dart upon their prey) are nesting (“setting-up shop”) these days,   in Salt Lake City.  There,  they lay their eggs (bring-forth the next generation) and hatch (rear) them.

(during their rest; during their Sabbath; during their relaxation; during their holiday) predator-fowls (falcons *; great-owls) swoop-down-upon (spring-forward-upon) their prey (victims) and build their nests and lay their eggs and in order to hatch more predators like themselves and brood (hatch; nurture; school) them in their shadow (darkness; magical arts; sorcery).

* Falcons–The falcon is the most common bird of prey in the world and is found on every continent besides Antarctica. Falcons are therefore known for their incredible hunting skills and ruthlessness. Falcons are always the  dominant predator within their environment.

16. Look-upon (regard; study; consider;  think-about; investigate; ponder) the words of this Book (Indictment; Scroll). The whole of it is initiated  (created; authorized; begotten) by Jehovah and it’s intended to help anyone and everyone who feels an affinity (attraction; love; 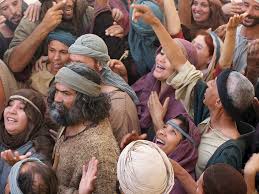 It is inspired          (motivated), in-part, because they’ve watched (beheld; witnessed; seen; watched;  experienced; observed) Salt Lake’s negating (denying)   authority to anyone who is not of their kind, which,  obviously,  includes Israel’s people and  others who are similarly disenfranchised (ignored; left-out) by Salt Lake’s Melchizedek Priesthood Organization.

But, don’t worry…………This (our) generation of Israelite people has not been left-behind (abandoned; forgotten; overlooked)…………… because…….

(2) The Holy-Spirit (“the Spirit of God”), has the power,  all by itself,  (acting alone; without human help),  to gather-up (assemble; unite; bring-home; bring-together) my people (Israelites) throughout the world.

17. The spirit of God allots (gives; apportions)  to this generation of Israel’s people, a lion’s share (portion; inheritance) of light (intelligence) as well as a unique (being the only one of its kind; unlike anything else)  power (ability to do something or act in a particular way, 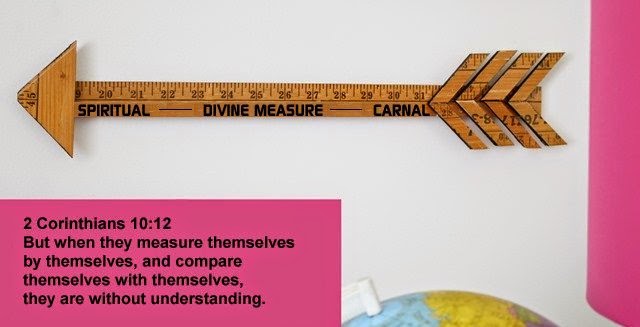 especially as a faculty or quality).

The Spirit of God distributes to each Israelite his/her portion (inheritance) of God’s light (intelligence; intellect; brilliance) according to an-eternal-measure  (a heavenly standard; a divine yardstick) throughout all eternity.