Woe To Those Who Rely Upon Egypt

1. Woe (misery; affliction disaster) to those who a go-down (commit themselves; descend; bow-down) to Egypt  (Mormonism’s culture of enslavement and subjugation) for “help” (aid; salvation; advancement; assistance; support).

….and who trust in Salt Lake’s multitude of Chariots (bishoprics; three-man assault-teams) because their horsemen (drivers; managers; heads; officers; handlers; operators) seem to be very strong (robust; potent; forceful;  powerful), but they will/do “NOT” look-to (expect to get help from; place their confidence in; hope-in) Israel’s “Holy-One” (Appointed-One; Consecrated-One;  Angel; Saint) nor do they follow ( seek; inquire of; seek-help-from) “The-Lord” (Jehovah).

Yet (nevertheless), Jehovah is also wise and He can bring disaster. He has no intention to take-back (contradict; revoke; rescind; renege-on) His own words.

He “IS” currently rising-up against Salt Lake’s House (bloodline; family; dynasty; lineage of;  hereditary-rulers) that is made-up (constituted by; comprised of) the “Wickedest-Old-Dudes” that’ve ever existed in this world right-along with those who help (support; defend; assist; sustain) evildoers.

3. Egyptians (the General Authorities of Mormonism’s culture of servitude and bondage) are merely mortal-men. They are not like God (Jehovah). Their horses (trained preistly-dancers and prancers) are made of flesh (substance that is alienated from God)  , and they do NOT have God’s spirit (“breath of life”;  character) with them.

When “The Lord” (Jehovah)  stretches-out His hand (direction; dominion; ministry; power;influence; might), those who help (sustain; support; champion) Salt Lake headquarters will stumble (slip; stagger; momentarily lose their balance; almost fall) and those who are sustained (advanced; promoted; strengthened or supported) by Salt Lake headquarters will fall *(collapse; topple). Both of them will perish together (all at once; with one accord; simultaneously; collectively). 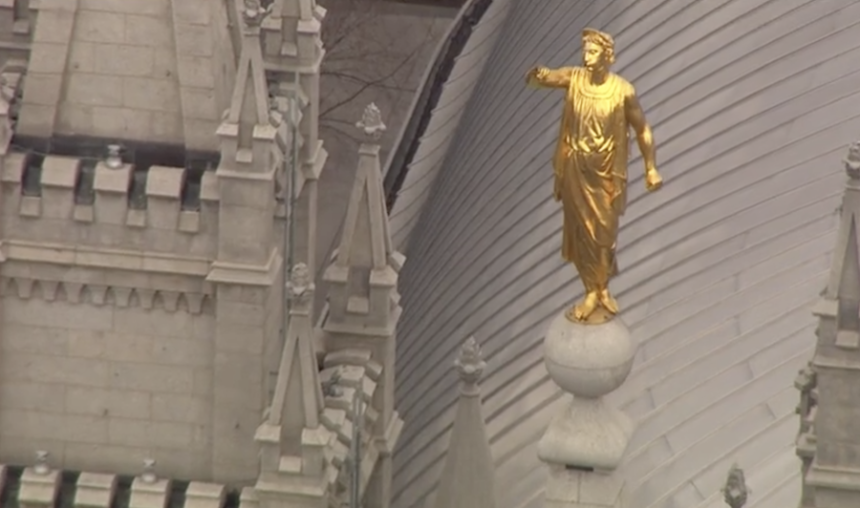 fall (“the beginning of the end for Mormonism- CNN) — Indeed, Jehovah is beginning to “Shake-up”  Salt Lake City”  The 5.7-magnitude earthquake that shook Utah Wednesday morning also dislodged a symbolic part of Salt Lake City’s iconic temple: the trumpet of an angel statue atop its highest spire. The temple is the spiritual focal point for the 16 million members of The Church of Jesus Christ of Latter-day Saints. “The trumpet on the Angel Moroni statue fell off, and there is minor displacement of some of the temple’s smaller spire stones,” said Daniel Woodruff, a spokesman for the church. The earthquake didn’t injure any workers, Woodruff said, adding that the Salt Lake Temple has been closed to the public while undergoing a seismic upgrade. In addition to Moroni’s trumpet falling off, some the temple’s smaller spire stones were displaced, the church said. No other damage was reported.  Arial photos show the fallen trumpet appeared to land on the roof of the temple near the base of its spires. The Salt Lake Temple, dedicated in 1893, was the first temple topped with Angel Moroni, according to the church. The 12-foot-5-inch statue, made of copper and gold leaf, stands on a stone ball atop the 210-foot central spire on the east side of the temple. An iconic symbol of the faith, Moroni stands atop most of the church’s 134 temples worldwide.

A “golden-sculpture” of the Angel–Moroni seems no longer able to “toot his own horn”. 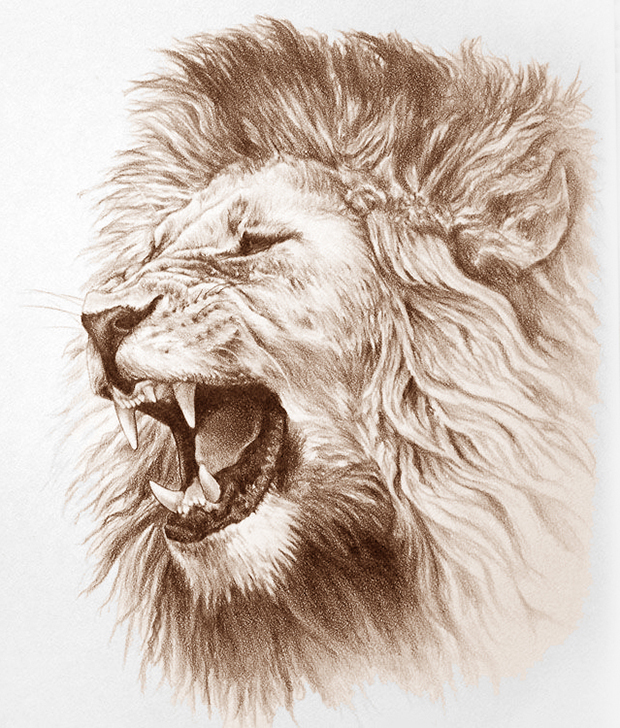 Indeed (in fact) Thus saith the Lord, “The very instant that the great lion (“Tribe of Judah”) is about to roar (tells other lions where they are, and show how big they are and warn lions from other prides to keep away from their home territory) over its prey (quarries; victims),  the priesthood-leadership of an entire band (association; organization; guild; gang; company; clique) of phony (bogus; illegitimate) Salt Lake prophets and apostles is gathers-itself-together (organized; assembled) in order to (with the intention to) mock (mimic; imitate) “The Tribe Of Judah”,  but  the legitimate (authorized; sanctioned) priests of Judah are not the least bit frightened by Salt Lake’s shouts (thunderings)  nor are they intimidated (daunted; beguiled; “taken-in”; fooled; cowed; awed) by Salt Lake’s mockery (absurd misrepresentation and imitation) of Judah’s high-priests.

Just like an eagle that hovers (fly; circles in the air ) overhead, so will the The Lord, Almighty (Jehovah) shield Jerusalem (“Jehovah’s teachings of Peace and Salvation”).

He (Jehovah) will shield (serve as a protection for;  safeguard; protect as if with a shield) His teachings and deliver (bear; bring; convey; distribute) them, personally. (himself; by His spirit).

You (Salt Lake’s Melchizedek Priesthood leadership and many of Israel’s people) must return to the God of Israel, against whom you have so thoughlessly (carelessly) revolted (defected; defied; rebelled; mutinied) 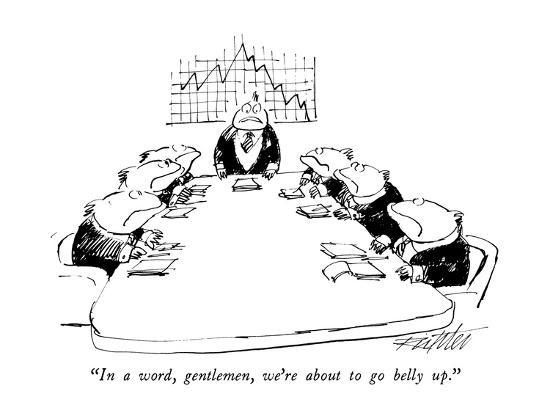 Assyria (“Salt Lake’s  Melchizedek Priesthood Organization”) will fall (topple; “go belly-up”; tumble; collapse) because of a “sword” (incisive and cutting and penetrating words and linguistic-tools; spoken-symphany )  that are inspired “Not of man” (humans; mankind).

It’s a sword that’s not of mortal-men, and it will desolate (overwhelm; demolish; devastate; ravage) this (our) generation of Salt Lake’s Melchizedek Priesthood Authorities.

And they will run-away (cut & run; get as far away as they can) before (from)   it (“The Sword Of Truth”; the cutting-effect of incisive  or cutting words of truth).