A Prophecy Against Babylon

1. An Oracle (a prophecy) about the confusion (disorientation; anarchy) coming out of “The-West” (Salt Lake headquarters and its Melchizedek Priesthood Organization). It’s like a whirlwind (tornado; hurricane; “sucking-vortex”) sweeping through the dry (parched; withered) communities of Israelites who’ve inherited Jehovah’s birthright (heritage; legacy)

to “Peh” (“act as a mouthpiece”; speak as God’s representative).

2. A dire (grim; ominous; portentous) vision has been shown to me (Isaiah) revealing Salt Lake’s treacherous (perfidious) “betrayal of trust”.   It tells of the looting (stealing) of Israelite goods by Salt Lake’s looters (pirates; thieves; marauders). Elam! (Semites who are hidden and obscure) It’s time to attack!

to lay-siege to (surround; encirle; enclose) Salt Lake Headquarters in order to force its bastards (Nephilim; hybrid-monsters)  to come out and give up control of it.  I (Jehovah) am bringing an end to the pain that is suffered by the body (assembly; bulk; central-portion) of Israel’s people.

3. This whole thing pains (hurts) me (Jehovah). Every part of My body (Israel’s people) is

My body (Israel’s people) are seized by the  pangs of a woman in labor. I’m staggered by what I hear and bewildered by what I see.

4. The heart (central part; essence) of “my body” (Israel’s people) has faltered (wandered; The twilight (soft glowing light) of Mormonism,  for which Israel’s People once longed,  has become (appears) like  a horror (matter of great concern; source of anger)  to them.

5. They (Israel’s people; rank and file Mormons) have been taught by Salt Lake to “set the tables” (make

So……..Israel’s people have been  “rolling out the red carpet for” “(welcoming in a very friendly manner) Salt Lake’s ambassadors.

* “Anoint the shields” – means: Prepare your arms: make ready for the battle. The shield represents all their weapons, offensive and defensive. Soldiers anointed their shields with oil to preserve and polish them, and make them slippery, so that the enemies’ darts might not fix in and penetrate, but slide off from them.

6. Indeed (if truth be told), thus saith the Lord unto me (Isaiah), “Go…post a lookout (a person

stationed to keep watch for danger or trouble) and have him report what he sees”.

(missionary-companions), men born by “domesticated pack animals” (Israel’s obedient people) , and men born by camels (“ships of the desert”) , then, he had better be alert………I mean really-really alert!

8. But then,  a lioness (female member of Judah’s tribe) sniffing-out trouble from her post on the the watchtower (A tower on

which a sentinel is placed to watch for enemies or the approach of danger) shouts, “Day after day, My Lord, I’ve stood upon this watchtower.  Throughout the night (time of darkness),  I’ve stayed at my post (fulfilled my assignment)”.

9. Then……what do you know! (what a surprise; guess what)! Here comes a woman of noble

Her words are published (circulated; issued) and she’s bringing to light (throwing light on) Salt Lake’s Sorcery (use of magic, especially black magic)……

“All the images (impressions; perceptions) that Salt Lake has worked so hard to create in the publics mind about who/what Salt lake worships are shattered (smashed to smithereens) once and for all.

10. I am telling  you what I’ve heard (come to understand) as a result of a close (initmate)

relationship with the Lord of hosts, the God of Israel, “Salt Lake’s oppression of Israel’s people has  swept-away (removed) their power to effectively lead”.

A Prophecy Against Edom

11. The Exploitation orchestrated and carried-out by “Hades” (“Dumah; a place of Silence; “the Unseen”), is conveniently attributed to Me

These men who are supposed (generally assumed or believed)  to be keeping watch-over (protecting; guarding) the interests of rank and file Mormons (Israel’s people)…..but that assumption is hugely mistaken.

of Salt Lake headquarters, not yours, thus they are employed as bouncers (“muscle”; security guards) and they are commissioned to cut-off (thwart; intercept; close-off; block) “Israel’s People” (rank and file Mormon’s) from access (approach; means of entry; contact; admission) to Salt Lake or to simply eject them from the premises.

accompanied by a gathering of things, people, and ideas whose aim (intention; plan objective) is to obscure (conceal; hide) Salt Lake headquarter’s “parting of the way”(apostacy).

The wholesale apostacy (defection; dereliction) of Salt Lake presiding officers has created a swelling (surging; cresendo) of desire (aspiration; impulse) among them to overthrow the “Peg” (“cause”; principle that one is prepared to defend; “ground”; “basis”; foundation for belief) of Israel’s seed (descendants; children) and “lead-them-away” (take them) as captives to the whims of Salt Lake’s Nephilite leadership, having in mind the total-overthrow of Israel’s seed (successors; scions).

A Threatening Oracle Against Arabia * 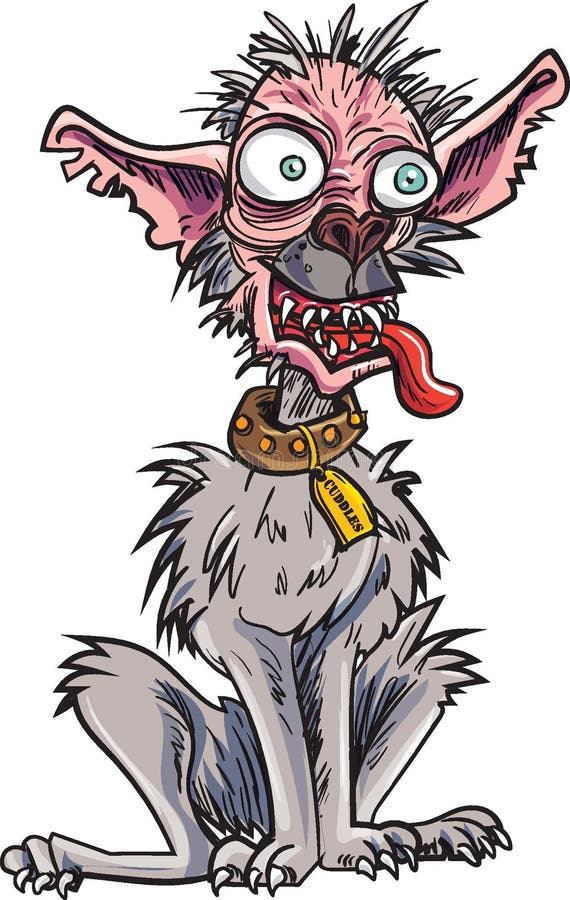 to mix; to intermix; to traffic; to mingle). Thus,  the name Arabia refers to a mixture; a mongrel (mixed-breed; mutt) race; a mingled-people; a mixed-multitude.  The final “ia” has been morphed from a final “h” (pronounced-“eh”) that turns ereb into a noun, Arabia (a-mixed-breed-or-mutt-race-of-people).

* Dedanites-people lodged among the thickets (entangled families)  of Arabia (mongrel races;  mixed breeds; mutt races of people) and are referred to as “Gypsy-like” families moving from place to place in caravans (convoys; processions). They were predators closely associated with “Sheba” (trafficking; dealing or trading in things illegal).

This, they think (assume; suppose; pressume) brings-forth (produces; causes; yields) all the equipment (furnishing; accouterment) they need to go-before (outrank; outshine; eclipse; dominate) everyone else.

on to turn-tail (act like “weenies”;  fear; run-scared; flee) in the face of the Israelite-force (“Hell”; shit) that’s about to hit the fan ( be unleashed), …..in the face of a hopeless (pessimistic; futile) battle against Israel.

16. Indeed (in fact), thus saith the Lord to me (Isaiah), “As a result of your damning (incriminating ; damaging)  testimony (evidence; witness) a revolution (“coup d etat”; drastic govermental change)  attempting to bend (subdue; tame)  the

Will (determination) of Israel’s people. is stopped (thwarted; halted; ended).   This time it’s Salt Lake Headquarters trying to make Israel’s people (rank and file Mormons)  drunk (intoxicated; affected by the “Spirit of Mormonism” to the extent of losing control of their faculties), but all of Salt Lake’s “Pomp (ceremony and splendid display) & Circumstance” (material affluence) is history (“lame”; “so-yesterday”; passe’), anyway.

17. And the remainder (what’s left of) those who are numbered among Salt Lakes bowmen

(forces; military organization; army) will be “scarcer than hens teeth” (extremely difficult or impossible to find). Indeed (“to be sure”), the Lord God of Israel has spoken.

“Goldbricks” – from gold+‎ brick, originally (the 1850s) an actual gold ingot or brick, later a “swindle” that consisted of selling a putative (generally considered or reputed to be)  gold brick, which was only coated in gold. The swindle is attested from 1879, the sense “to swindle” is attested 1902, and the sense “to shirk” is attested 1914, popularized as World War I armed forces slang. In the early 1900s, used to refer to an unattractive young woman – not pretty, nor able to talk or dance (attested 1903), thence to refer to incompetent enlisted troops at the start of World War I, reinforced by the rank insignia of second lieutenants, which was a gold rectangle.

15.  Indeed (if truth be told), Salt Lake’s General Authorities are averse (afraid of ) a   confrontation (a show-down; a-face-off; a face to face contest) with Israel’s people (rank and file Mormons). They’re  terrified (afraid)  of  (1) Israelites who are well-prepared (well-armed; well-suited) and (2)  Israelites who are sincerely devoted to Jehovah) and  (3) Israelite’s who are “hot” (vehement; impassioned; zealous) for the commencement of “The battle of Armageddon” *  Simply stated, it means:

“The controversy over the administration of what is pre-eminent to men”.

Har (the mountain of; “the administration of”; “the government of”)

17. So, whatever happened to the scores (great-many; legions; scads-and-oodles; millions) of Salt Lake’s bowing  (“sycophant”; bootlicking; kowtowing; fawning; apple-polishing; toady) followers?……….. – those who were once (former; old; by-gone; erstwhile) conscientious (wish-ing to do what is right) Sons    (followers; subjects; disciples; pupils;  apprentices; students) of Salt Lake’s prophets and apostles.

These days, as Salt Lake’s poison is consumed by more and more Israelite men promoted into leadership positions,  they are becoming few-and-far-between (more scarce than hen’s teeth).   Indeed (certainly; definitely),  The God of Israel has spoken.