A Prophecy Against Cush

The term Cush is a descriptive adjective meaning: “black” or “shrouded-in-darkness”.

“Cushites” are men who manifest (display; demonstrate) an absolutely frightening “lack of moral-conscience” (disregard for what’s right and what’s wrong).

In connection with the “Complexion of the Human Soul”, Cushites (“black-hearted-men”; “devils”; diabilical-monsters) display a total-absence of “light” (truth; integrity; virtue).

Isaiah uses the name “Cush” to identify a “breed” (species) of beings who are instinctively (inherently; naturally)  unprincipled

They are “Nephilim” (disgraceful-beings; despicable-beings) who find satisfaction (pleasure;  gratification) in what humans regard as repulsive (nauseating; sickening; disgusting).

Old Testament  “Cushites” (“Nephilim; unprincipled-men; unconscionable-men “) were the originators (authors; creators) of “Nimrod” (“rebellion”) and as if that’s not enough to alarm (terrify; scare; upset) you, “Cushites” (“unprincipled-men “) are the firstborn sons (hereditary-successors; hereditary-heirs; scions) of Ham  (“excitement”).

a species that helps to break-down and consume garbage, feces, dead and decaying things).

Flies are naturally attracted to Salt Lake’s dead (lifeless; wasted; decaying; dead) carcass (“Corporation of the President of the Church of Jesus Christ of Latter-Day-Saints”).

In fact, that dying carcass  (“Corporation of the President of the Church of Jesus Christ of Latter-Day-Saints”) is controlled  (presided-over) by “Cushite” (“unconscionable”; Nephilite; black-hearted) beings. 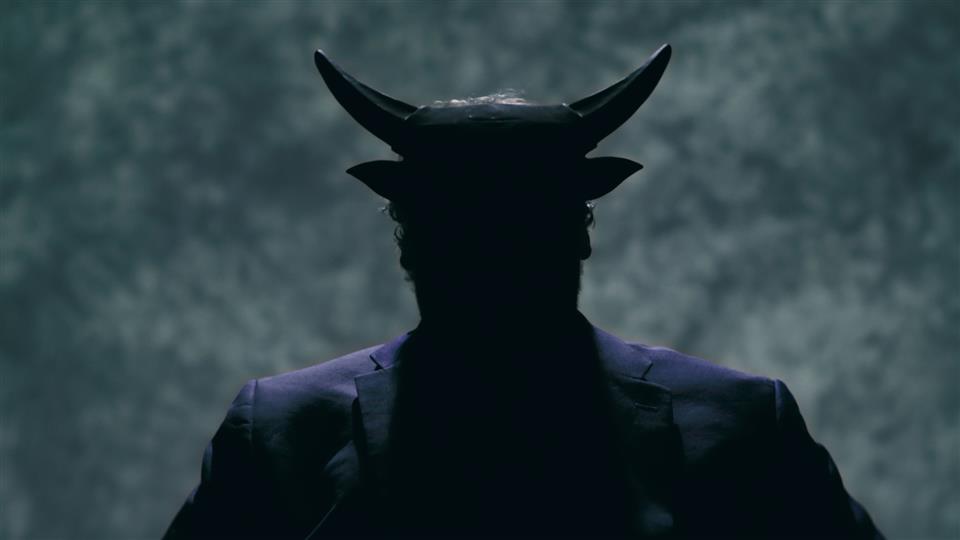 missionaries)  in an effort to spread (further; promote;  advance) the “Dark” (evil; sinister) objectives of “Satan” (meaning in Hebrew-“The-Adversary”).

3. All of you (Salt Lake’s General Authorities; Salt Lake’s prophets and apostles) who are reigning (occupying a throne; ruling) on  “Thrones-of Blaspheme” along with those of you who support (sustain) Salt Lake’s kingdom are witnessing the banner (sign; token; standard) of Jehovah being lifted-up against the Salt Lake’s Citadel (fortress) in the Rocky-Mountains. What you are reading is the sound (blast) of Jehovah’s trumpet” *

noise), that is, an alarm and a signal. Its primary use was to give signals to the people and their chiefs to assemble and generally to announce an important event or to aid in the joyous shouting of the people on festive occasions (II Kings 11:14; Hos. 5: 8). But its chief use, at least in later times, was religious; and it was therefore almost exclusively a priestly instrument (Num. 10:8, 31: 6; II Chron. 13:12, 14). Before the invention of the brass trumpet,  the traditionally sacred horn of the ancient Hebrews was the “Shophar” made from a Ram’s horn. It has been used since Moses’ day (Exodus 19:13) as a means to “get Israel’s attention” or as a “signal”, or as the prelude (introduction) to an announcement and/or warning from Jehovah”. For instance,  Joshua had 7 priests carry 7 horns for 7 days and circle Jericho 7 times, then the priests sounded the horns, the people shouted and the walls came down.

4  Thus saith the Lord, “Until now, I have kept my mouth shut,  but at this point (now) I (Jehovah) am complaining-loudly and vehemently because of the slaughter of my own seed (offspring; family; children; progeny),  while Ham (“excitement”) dazzles (temporarily blinds) them from the  light (truth) concerning the existential-threat posed by Salt Lake’s leadership (“Personified Rule of  Oppression”).

The reason why Israel’s people will not pay attention is because:   Salt Lake’s plan is working!  Indeed (if truth

be told),  Israel’s people (rank and file Mormons) in a very literal sense,  are “under the influence”  (“captivated; carried-away; enthralled”) because of Salt Lake’s “Whammy”  (spell; abracadabra).

revelations; news; epiphanies; disclosures; truths) to emerge  are immediately suppressed (silenced; crushed; censored)  and any offshoot (thing that develops from them) is blown out (snuffed-out; stamped-out) by Salt Lake’s snuffers (extinguishers)…

You see (after all) … what Salt Lake has in mind is nothing less than a total annihilation (extinction; liquidation) of Israel’s people and the absolute (total; complete) removal (elimination) of any tendrils (threadlike, leafless organs which attach themselves to other plants for support) proceeding from of Israel’s vine (lineage; bloodline; (family; dynasty; line of hereditary rulers).

Until now (heretofore), they’ve consumed (drained the life out of; fed-upon; devoured) Israel’s people………because of false prophets with dazzling (blinding) public-images that’ve been polished (buffed; brightened) so that Mormons will revere (idolize’ lionize; deify) them.

This generation of Israel’s people has allowed themselves to become willing-accomplises by aiding and abetting (helping) Salt Lake in the commission of  “A Capital-Crime” (“Idolatry”,

which carries a “death penalty”).