Kar is a Hebrew noun, meaning “plumpness”. It refers to a ram (as fully-grown and fat). It is used to denote a leader of a flock of sheep because of its relative size, weight or strength, compared to the rest of the flock. Typically, the term “lamb” is considered a term of endearment .e.g. “my little 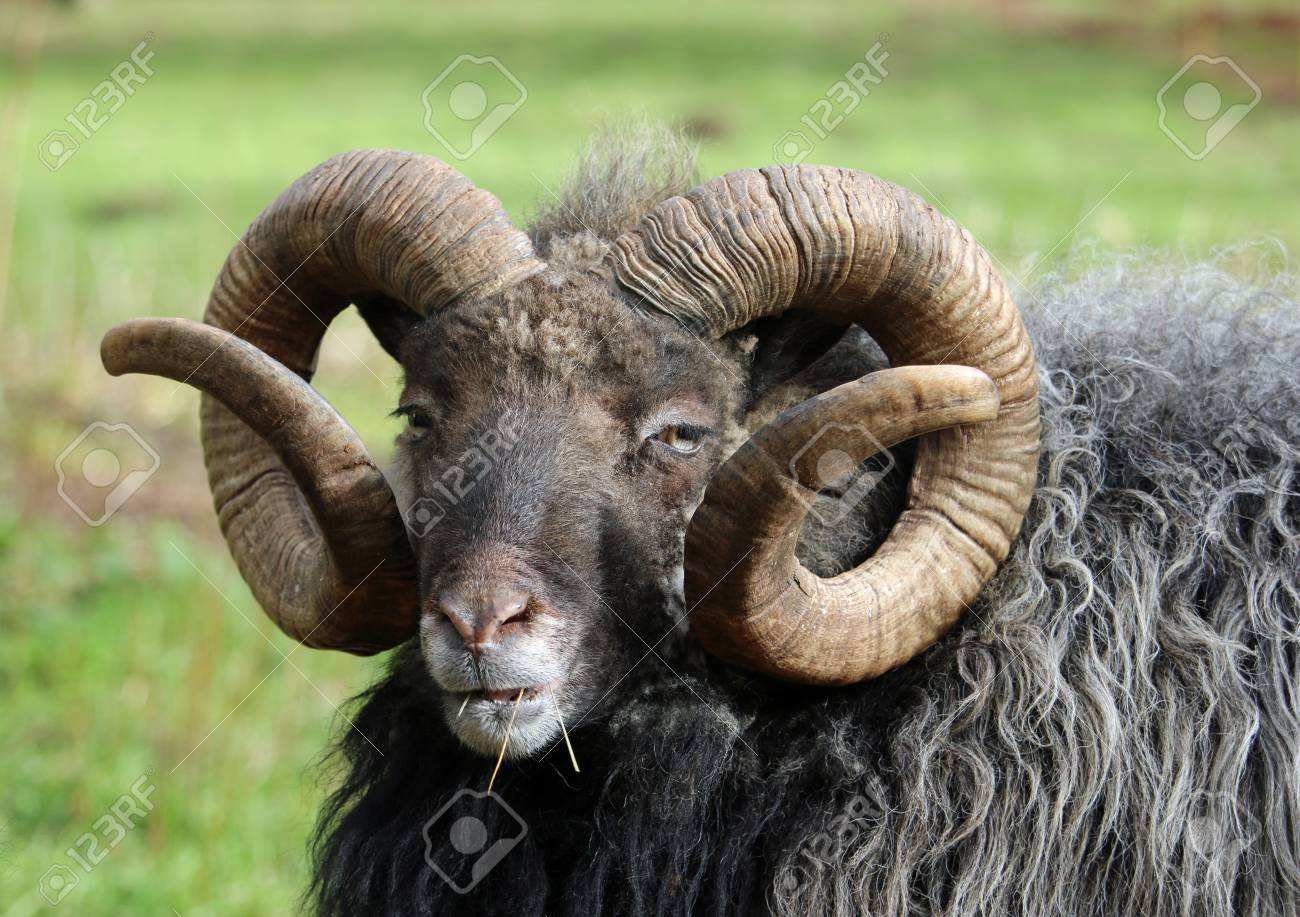 These terms of endearment suggest the special care and protection of deity for the person(s) bearing the name “Lamb”.

In this context, kar doesn’t refer so much to a big, strong aggressive sheep, as it does  to a special kind of strong, courageous, spiritually-mature sheep.

Sheep have been symbols in the worship of God throughout the ancient Middle-East. They were the most important and most common domestic animal and were frequently used as substitutes for human sacrifice.

“Kar” refers to a mature-sheep that is prepared to defend or act as a guard for his fellows. A “Kar” may also function as a “moving-force” (“battering ram”against a stubborn and entrenched obstacle (“a system”; “a Mindset”), thus a  “Kar” denotes a leader (commander) of Israel’s people (rank and file Mormons).

1. An Israelite “Kar” (battering-ram) is being sent to Mormonism’s religious elite (ruling-aristocracy) who

reside in the Rocky Mountains. Salt Lake’s “ruling-elites” officiate (preside; are in positions of authority) throughout a labyrinth  (network; complex; web; entanglement) of Melchizedek priesthood leaders, from top to bottom.  Thus, a Kar’s” express (designated) purpose is to stop Salt Lake and restore the dignity (majesty; grandeur; nobility) of the daughters (veterans; doyens; most respected or prominent persons) of Zion (“a personal 40-year-long trek thru an emotionally barren or spiritually desolate life”).

2. The daughters (doyens; veterans; citizens) of  Zion, are like birds fluttering around their

nest (home;  safety and the security of their lawful residence) because they’ve been scared-away  (dethroned; deposed;  unseated; overthrown; ousted) by Moabite’s  (Salt Lake’s bastards; Salt Lake’s illegitimate Priesthood Authorities) who’ve made a Faustian-Bargain (“Deal-with-the-Devil”) for themselves.

Moabites (Salt Lake’s bastards; Salt Lake’s illegitimate Priesthood Authorities) lead (are in charge and command of) the annulment (nullification; negation) of Jehovah’s covenant with Abraham, so they can gather-up this generation of Israel’s people (rank and file Mormons)  and engage (involve)  them in idolatrous worship of the  Ba’al (“Dominion of men’s, husbands, Authority”) while making slaves of them.

3. Salt Lake’s prophets are fulfilling (achieving) nothing (not a thing; nothing at all) besides (except; apart from; asise from) their own selfish objectives.

But,……sadly, they are also masterminding (planning and directing) an ingenious (complex) scheme (stratagem; trick) that will end-up guaranteeing their own doom (condemnation; death-warrant).

They characterize (regard; view) Israel’s people (rank and file Mormons) as “Dark” (ignorant) spirits milling-around (circulating in a confused or disorderly manner) in the midst of Salt Lake’s  sunny (“smiling”; cheerful) religious pageantry (“Dog and Pony” show) which is designed to convince everyone,  including Israel’s people (rank and file Mormons),  of Salt Lake’s legitimacy.

people; rank and file Mormons) following their apostasy (defection)  from Me (Jehovah).

They believe that You (Israel’s people; Mormon people) will provide the most believable (plausible; credible) pretext (justification; excuse) for their own immunity (protection; freedom; exemption) from punishment and they hope they’ll  never have a  show-down (“face-off”; confrontation) with the “destroying-angel” (“Angel of Death”).

In spite of this, Salt Lake’s emphasis  (accent; focus) on “Chaff” (worthless-stuff; rubbish; junk; nonsense) continues, but will soon be done away with (gotten-rid-of) while Mormonism’s  priesthood idols (godlings; icons; heroes;  darlings; celebrities) will disappear from the face of the earth,  forever.

.5. A woman is emerging from David’s (Love’s) tent *(“sphere of inflence”, that effects destiny) who will

reign over this generation of Israel’s people, by means of truth (uprightness; honesty; integrity) and she will seek justice (fairness; impartiality) and swift punishment.

* TENT – Since a tent and its inhabitants form a unit, a tent can be filled with good or evil forces; and within a tent’s sphere of influence and activity, a person’s destiny is affected. The tent can impart to anyone who enters it a condition corresponding to the  forces that control it.   Statements like, “The light of the wicked is in their tent.” (Job 18:6) provides the transition to this idea.

They are  overweening (smug; cocksure) because of their awful conceit (narcissism; vanity; egotism) and insolence (audacity; presumptuousness; contemptuousness).

This generation of Salt Lake’s priesthood leadership is NOT “Upright In The Eyes Of God”, i.e. they’re not Israelites!

and for the ruined (bankrupt; failed; broken; ruined) pillars (claims; underpinnings) of their own Salt Lake Citadel (headquarters). It authorizes (endorses; promotes; empowers) the false prophets who are reigning over this latter-day Israelite generation. Indeed (if truth be told), Salt Lake’s Citadel is smiting (striking a firm blow against) Israel and the entire world.

managed; directed) by one single repugnant (offensive; disgusting)  vine (lineage; bloodline) of artificially perfumed (“flowery-smelling) “skunks” who have a naturally-ignoble stench and prefer to hunt at night (under cover of darkness).

Their genetic-origins spring (emerge)  from a sigle family (lineage; bloodline) of sadists (men who enjoy being cruel; monsters; devils) and, whose most-aggressive males have made themselves into Israel’s Ba’als (lords; masters; husbands; owners)  in order to break-down (dismantle; pull-down; pull-apart) every one of  Israel’s principle-plants (Judahite-bloodlines; royal-lineages; finest-bloodlines; ruling-families).

9. Because of all this,  I feel sorrow for those who succor  (support; sustain) these  perfumed (artificially sweet-smelling) vines (lineage; bloodline ) of non-Israelite priesthood leaders who are desperately trying  to adapt (condition; inure; program;  modify; habituate; change) Israel’s people (rank and file Mormons) to Salt Lake’s ways.

I water (drench) my pillow with tears, because of Salt Lake’s rotten “fruit”  (consequences; outcomes)  and  Mormon prophets who are guaranteeing (insuring) each other a division (distribution; share; cut) of Israel’s birthright (right-to-rule; property; inheritance).

10. This generation of Salt Lake’s priesthood leadership has robbed the “joy” and “gladness” from the Lord’s

None of Israel’s people (rank and file Mormons) are “whistling”  (“Singing-a happy tune”), like they once did and few can even remember the last time they tasted (enjoyed; savored; felt)  wine (“the spirit of God”)  “in their bellies” (in their bowels;  in their souls). 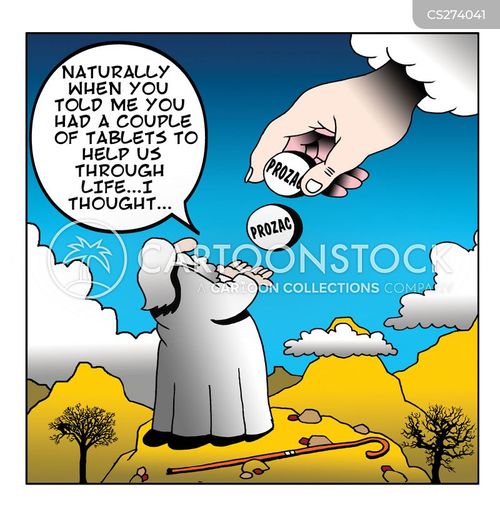 disintegration) because all that they are really doing is harping (tranquilizing; sedating; doping) their people.

They hum (coo; drone; whisper; purr) from the pulpits to Israel’s people.

Contrary to their public-image, Moabites (illegitimate priesthood leaders)  “only” approach   (seek)  Me (Jehovah) when they are  utterly desperate (hopeless; “beside-themselves”; “out of their minds”; desolate; “at the end of their rope”) and wanting My   (Jehovah’s)  help.

12.  By the time our latter-day generation of Israel’s people (rank and file Mormons) appeared on the scene, Moabites (Salt Lake’s illegitimate priesthood leadership) had already bankrupt (destroyed; ruined) their own moral sensitivities.

(idolization; deification; “placement on a pedestal”) he begins preaching to Israel’s people (rank and file Mormons) about Israel’s (rank and file Mormon’s) need to “make a bee-line” (go quickly and often) to one of Salt Lake’s “high-places” (temple-complexes) and pray (supplicate to God; plead with God), but,  thanks to Salt Lake’s false doctrines, Israel’s prayers and supplications, these days,  often turn out to be  “A-Wild-Goose Chase” (A hopeless quest).

“In consequence of Salt Lake’s “Triad” (trifecta; triple-crown; First Presidency) of “Perversion”  (dissimulation; make-believe; pretense) the minds of Israel’s people have been confused (dumbfounded; confounded; mixed-up) as to what a “Servant of God” really is.”. The glory (splendor; honor) that was once associated with Salt Lake’s Melchizedek Priesthood Organization is being transformed to condemnation (criticism; denunciation; reproach) among all Israelite people (rank and file Mormons) and if any of Salt Lake’s men do survive this indictment they’ll be nothing more than feeble old men mourning the loss of the  “Good Ol’ Days”  when life was “Sweet” for them.